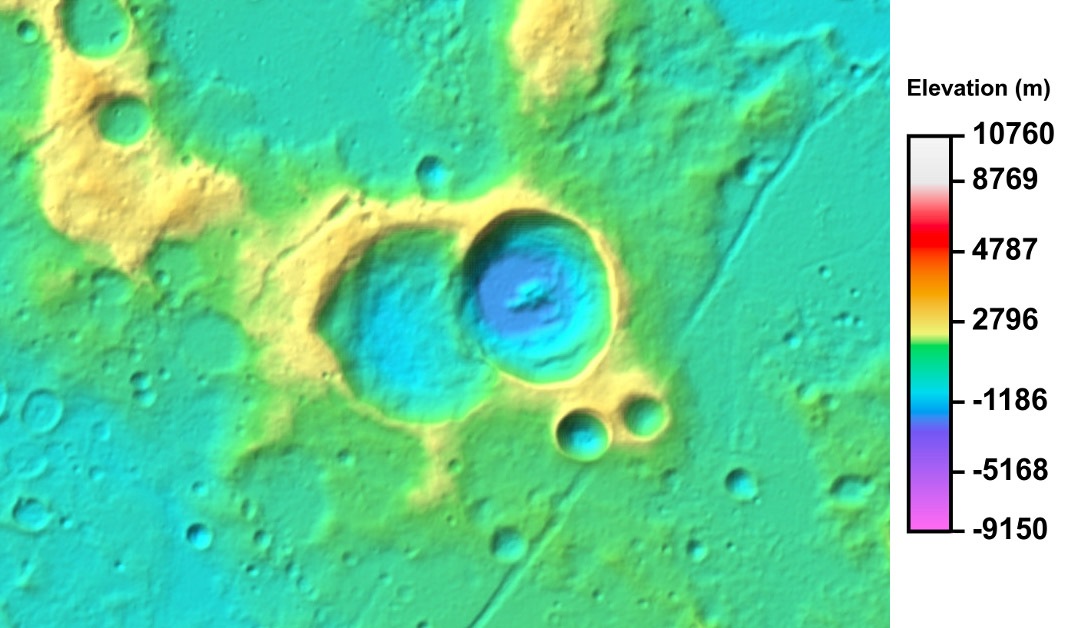 Recognize this region? Think back to yesterday and Sirsalis and its odd walls. This topographic view is from the newly released series of high resolution elevation maps made by stereo analyses of WAC images. This confirms that the western rim of Sirsalis, where is overlaps the pre-existing Sirsalis A, is considerably lower than its eastern rim. I can't interpolate within the oddly numbered elevation scale but the rim heights probably differ by a few hundred meters. This overhead view shows at least two strange things. The blue floor is strongly offset to the west (although the central peak is central). The second thing is that the crater is not circular, but it isn't elongated in the east-west direction, as might be expected. I don't know why the elongation is north-south. In looking at other craters that overlap I see that it is common for rims to be lower on the overlap side, and occasionally for the newer crater to have its floor offset as here. But I haven't seen any other crater elongated in the direction perpendicular to the overlap. So since yesterday there is new information about Sirsalis, but continuing, as least for me, uncertainty of how to explain it all.

Tomorrow's LPOD: The Right Side of Hell