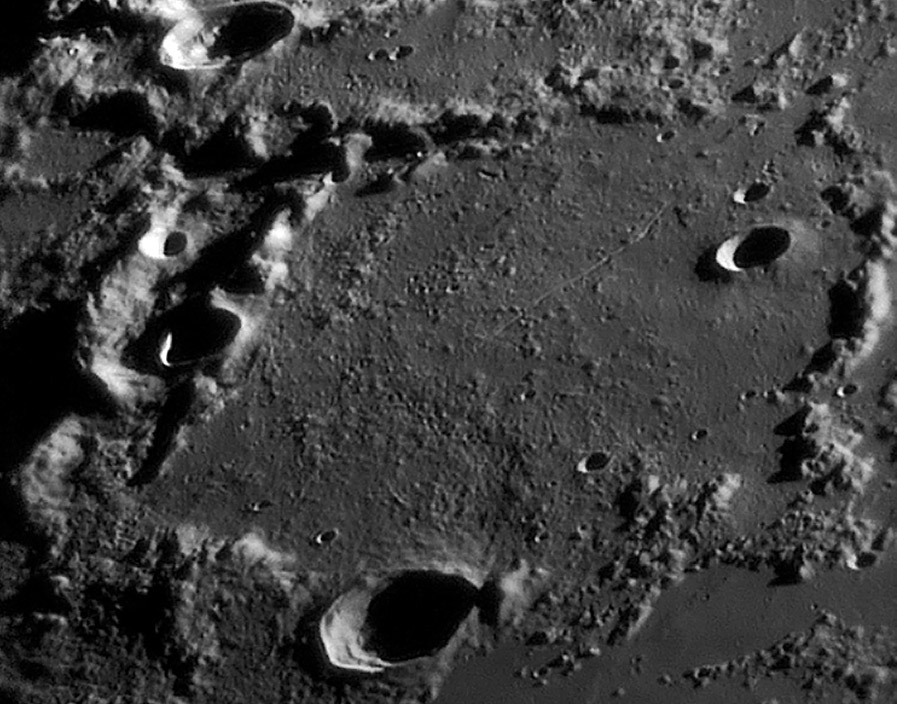 We are accustomed to seeing excellent views of aurora from Finland, but I think this is the first LPOD from there, and perhaps the first from so far north. But this image is not here just because of where it comes from, it is a great image of an interesting area. The 156 km wide crater W. Bond was inundated 3.85 billion years ago with rubbly ejecta from the formation of the Imbrium Basin. The contrast with the smooth lavas of Mare Frigoris is dramatic. About half of the rille that crosses the floor of W. Bond is easily visible, and after looking at the LRO image first, you can just see the other half that bends to the left and extends all the way across the floor to the shadow-filled crater on the left. Another interesting feature is the uneven rim of the crater W. Bond B on the right side of W's floor. From Ari's image the right side of B's rim looks bigger than the left side. Using the LRO QuickMap Path tool to measure topography I was surprised that the rim heights are essentially the same, but the rim widths are different - the right rim is about 15 km long vs 6 km for the left. B does not seem to have formed on a sloping surface so I have no explanation for the difference in rim widths - do you?


Yesterday's LPOD: Own a Piece of the Moon