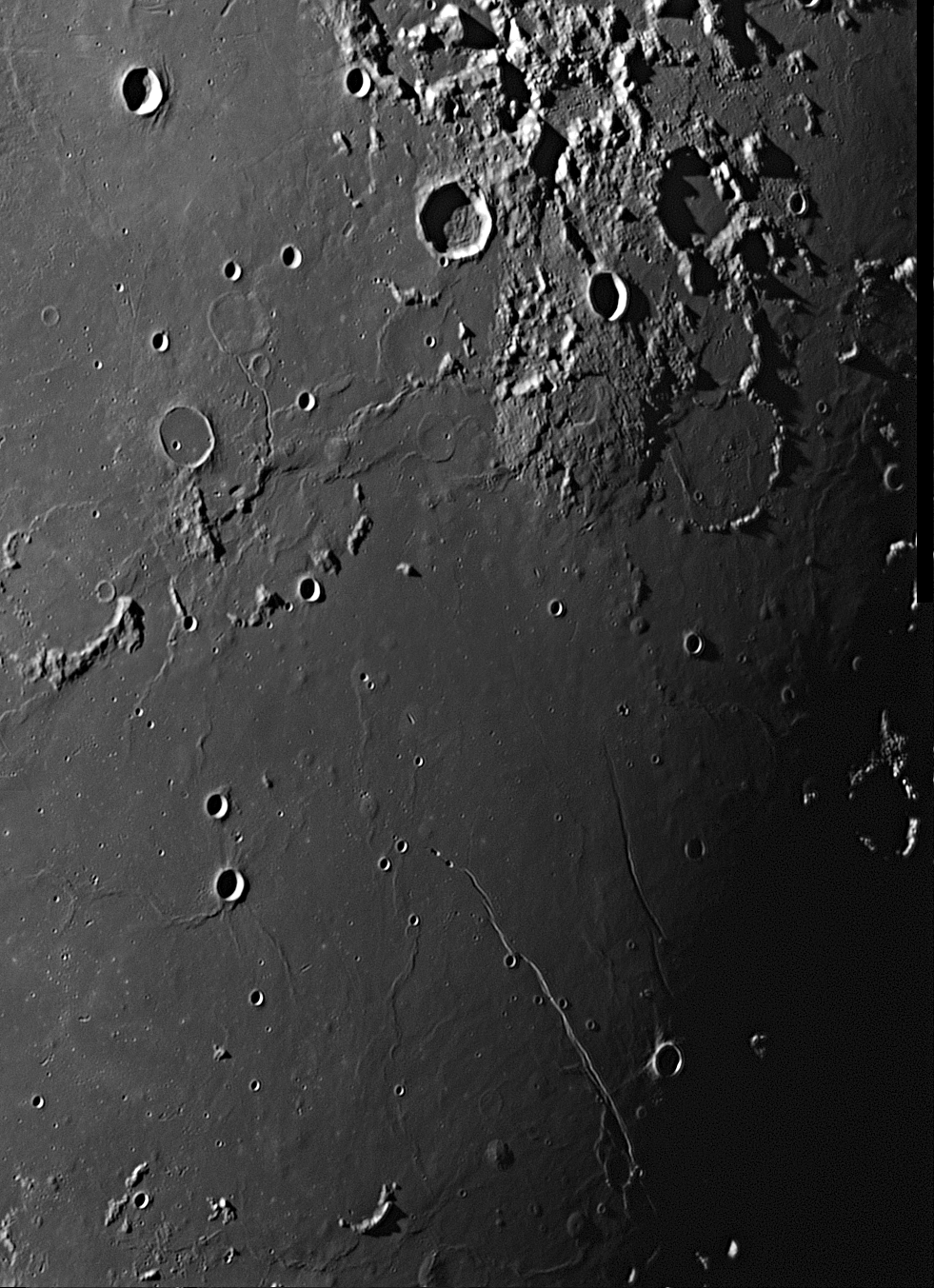 This is a glorious image. At the very top is the massive Gardner megadome, beautifully shown as mountain with a texture different than other terrains and topped with a caldera-like depression. To the left is the rille and flat-floored Jansen volcanic complex. The bottom third is dominated by the twin cuts of the the Cauchy fault and rille. To the left of the north end of the rille is another one that I've never noticed before, but after seeing it here I found it on the LRO QuickMap moasic. Similarly, the north end of the Cauchy Fault splits into a vee with two elongated vents on the left and what looks to be a small rille going nearly vertical. QuickMap shows a line of small craters here but I believe Jocelyn's lower Sun image may have discovered another rille. More faint rilles, rarely imaged from Earth, are at top between Dawes and Vitruvius. And nearly everywhere are domes. This is one of the most volcanically complex regions of the Moon.