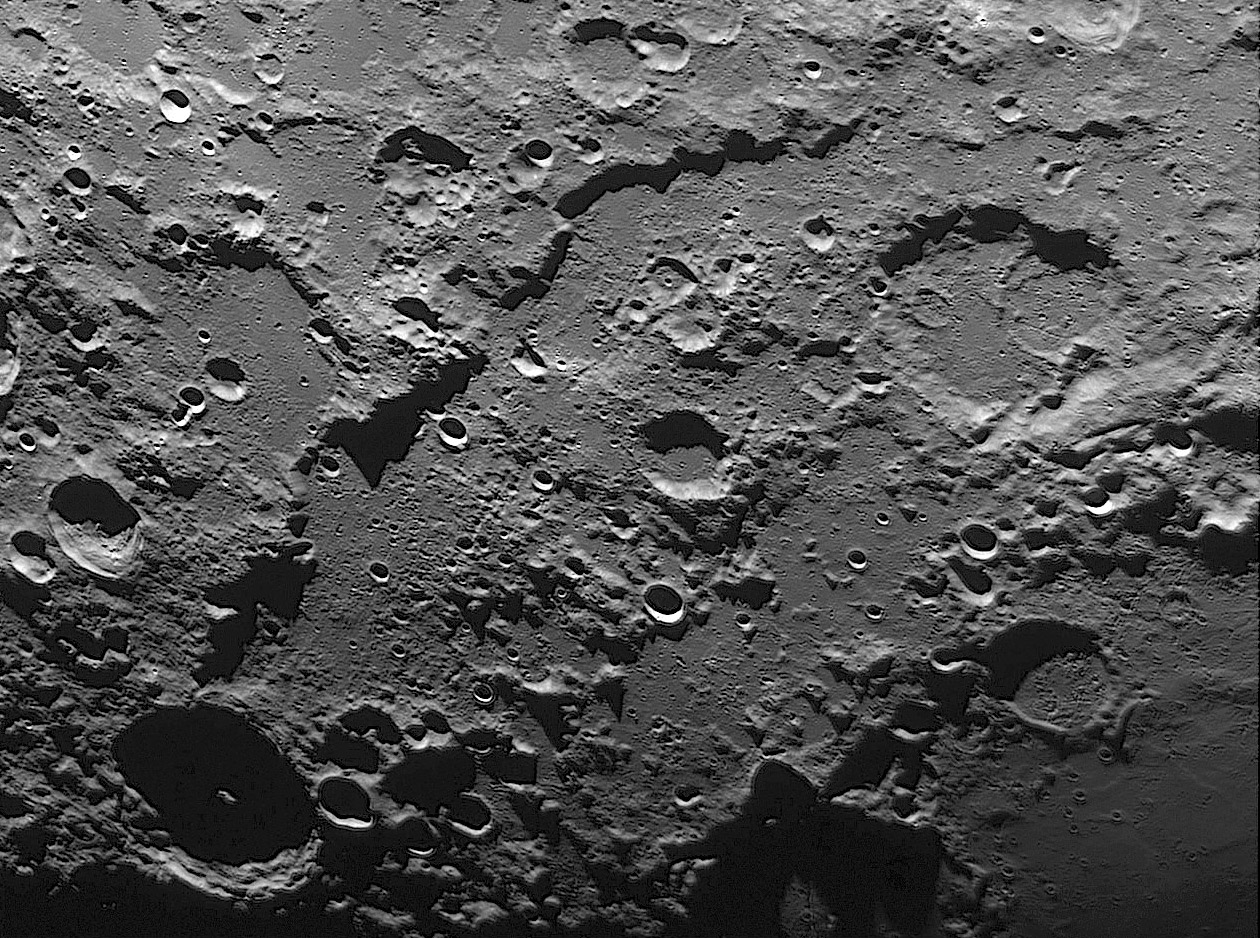 Do you see three basin rings? The shadow-casting Altai Scarp is the topographic equivalent to the Apennines at Imbrium and the Cordillera surrounding Orientale. At the bottom right corner more shadows are cast by Fracastorius and Beaumont, and between them are hints of a basin ring made by hills. Between the Altai and this inner ring is a broad arc of elevated and hilly terrain that is the intermediate ring. These two inner rings are not the narrow, ideal rings that we might suppose exist under Imbrium lavas that are marked by mare ridges and isolated peaks. They are more like the wide Inner and Outer Rook Mountains of Orientale, but eroded by many more later impacts and their ejecta. The moats between the Nectaris rings are less rough than the ring areas, and while the outer moat fronting the Altai is about flat, according to the Path tool of LRO QuickMap, the inner moat tilts down 1200 m towards the basin center. In fact, there has been little study of the variations in morphology of inner basin rings so we don't know how to explain wide versus narrow rings.