Mauve Clouds On the Mare 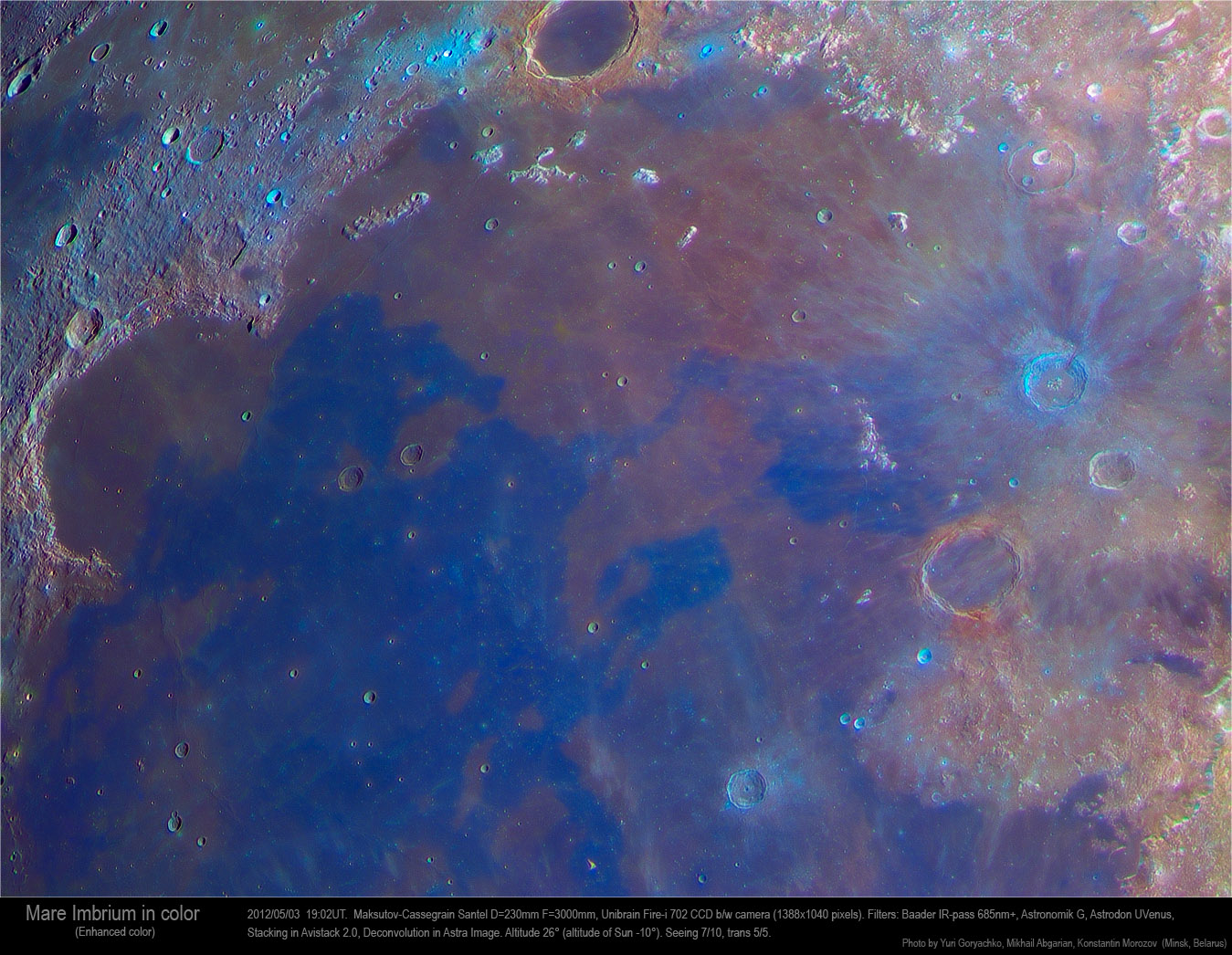 If you squint this looks like a Hubble image of stars and red nebulae. Yuri, Mikhail and Konstantin have colored the Moon in pastel tones that map out differences in chemical composition. The blues are titanium-rich soils and the reds are low in titanium. These differences have been known since Ewen Whitaker discovered them in the 1960s, and this marvelous Minsk mosaic displays them in low enough Sun images to clearly see the relationship of color boundaries with landforms. The remarkable thing is that there doesn't appear to be any morphologic boundary at the abrupt blue to rose color boundaries in the center of Imbrium. I looked at the boundary using the LRO Quickmap and could only see a slight difference in hue and a greater number of craters in the mauve lavas. Presumably these colors represent physically different lavas flow, that had flow fronts a few tens of meters high. Over the last 2.5 billion years or so erosion has erased the morphological boundaries, but - proving that the colors are not just skin deep - colors remain. Don't just look at the maria, notice the orange rims of Plato and Archimedes. Plato is dusted with pyroclastics, not surprising considering the number of sinuous rille vents near its rim. Parts of the north and south rims of Archimedes are a similar Halloween hue but there are no vents immediately near it - at least none visible now. Finally, note the bluish rays emanating from Aristillus. The rays clearly extend from west to north to east, but it is less certain if they go to the south, just as previously thought.

Tomorrow's LPOD: Is a Half Crater Better Than None?