What You Can Do From Earth 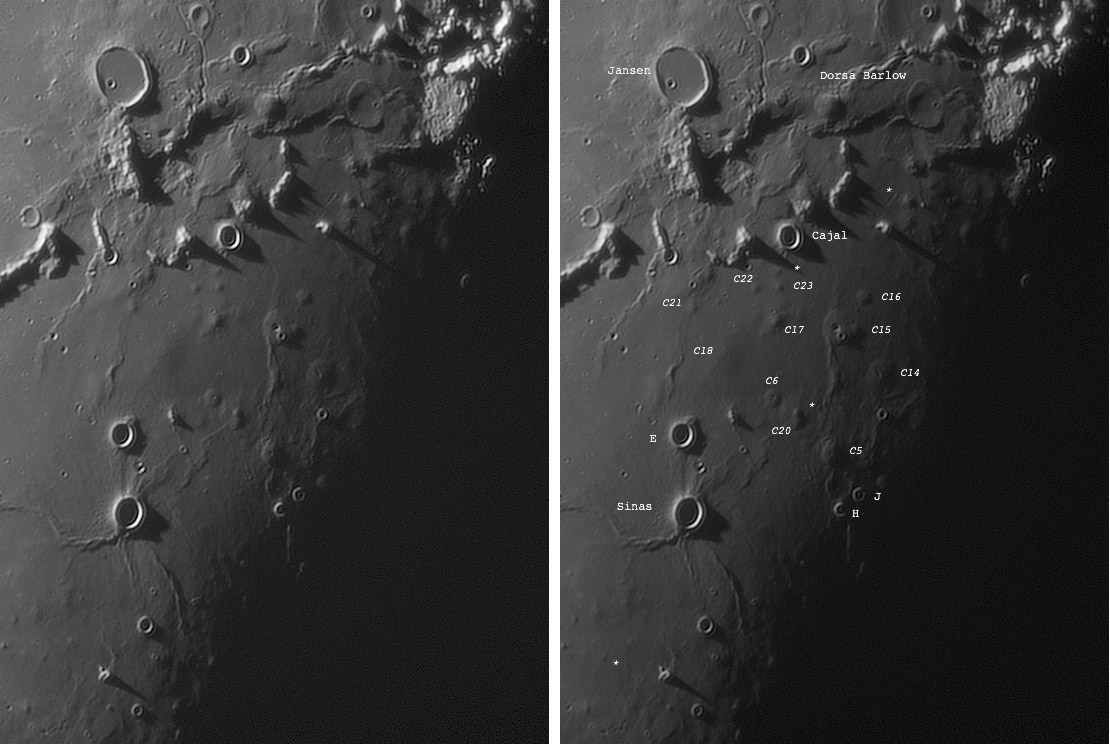 Here's an image taken this morning. My eye was first caught by the spike-shaped shadows cast by the moutains SE of Jansen (N is up). Then I realized that the region was full of domes. Not having an atlas at hand, I decided to image it. After processing, I realized that this region has been described several times in LPOD - in particular here on Feb 24, 2008. The lighting in my case is a bit more favorable, showing the various domes NE of Sinas quite neatly. I attach an annotated image in which I've re-used the labels you used in the previous LPOD. There are some new ones (?), which I've marked with a star. The most noticeable is just N of C23. I also have the impression that the whole region SW of Sinas is also a dome field. Is it? Apart from this, the view of Dorsa Barlow is interesting. What is the circular formation at its E extremity? Could it be a buried crater? It seems tilted and faulted.