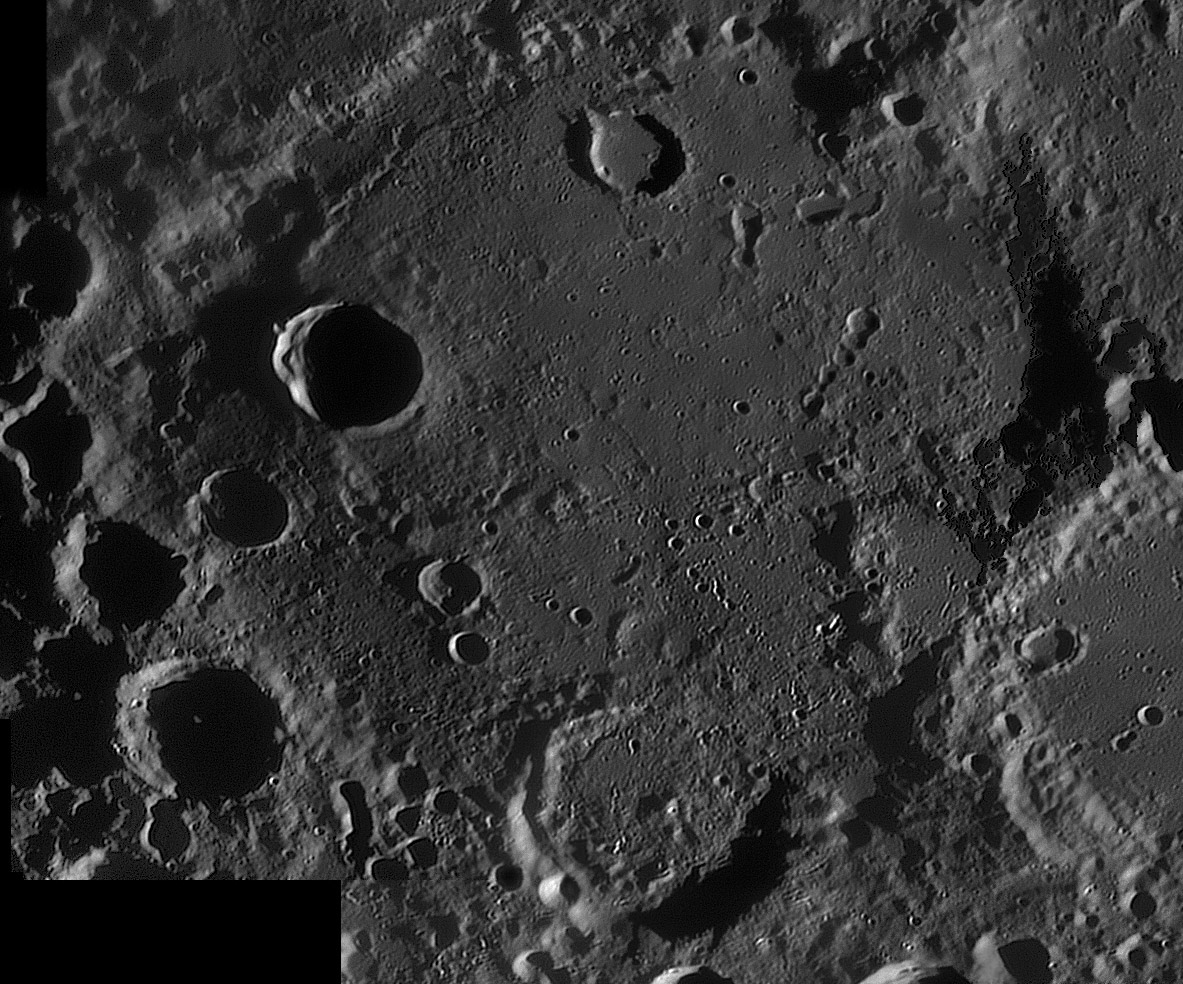 Deslandres, or Hell Plain as it was known until 1948, is one of the largest non-basins on the Moon. Its floor contains a variety of features of different origins. Paralleling the northwestern rim is a fissure that always appeared to have a raised rim; with the Quickmap measuring tool I see that it rises 400 m on the left, but only about 100 m on the right. This is consistent with other measures - the lowest areas seem to be around the edges of the crater, and the main floor is rather flat - ignoring all the subsequent craters. At the upper right there is a small patch of mare basalt and nearby a 30 km long line of 5 or 6 flat-floored craters that may be secondaries from Tycho although they aren't quite radial. The most brilliant feature in Deslandres is a diffuse bright spot first noticed by Cassini and since called Cassini's Bright Spot. Two small craters - about 30 km southwest of the crater chain - are near the center of the bright spot. Discussions ensued about which of the two craters is the source of the bright spot. LRO NAC images solve the question. The largest crater, 3.7 km wide Hell Q, is a very fresh impact pit with melt deposits on its floor and streamers of melt to the east, draping the other softer crater. Hell Q appears to have been formed by an oblique impact with its bright ejecta elongated to the east and southeast. Like Censorinus, Hell Q seems to have a larger and brighter bright nimbus than most small craters, perhaps they are simply younger than most similar craters.