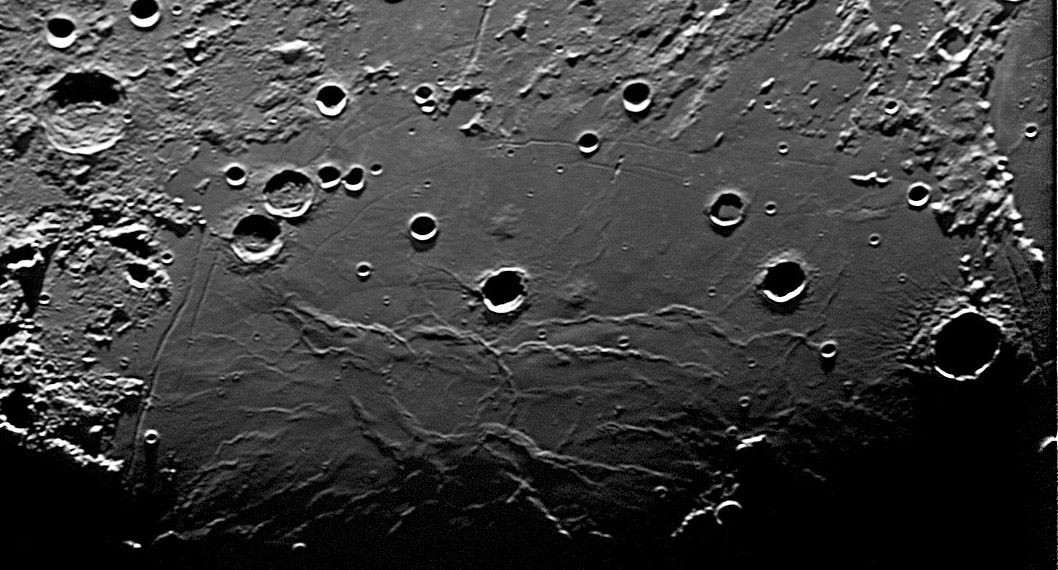 One of the most interesting places on the Moon is the western half of Mare Tranquillitatis. Delicate rilles - Maclear, Sosigenes and Ritter - arc around the shore, and a another faint unnamed rille passes between Ritter and Manners. These probably formed as the weight of the mare caused the center of the basin to subside, causing cracking along the edges. Near the center of this image is the bizarre concentric and radial feature known as Lamont. In Howard's image (especially the one below that I extremely enhanced) we see that the highly ridged Lamont area is texturally very different from the much smoother surface of the maria immediately to the west. In fact, a very sharp boundary extends southward from Arago, drapes around a major Lamont radial ridge, and continues more weakly to the Hypatia Rilles. I don't know what processes caused the difference between the east and the west. There can't be Lamont radial ridges under the western side unless they were faulted deeply downward. 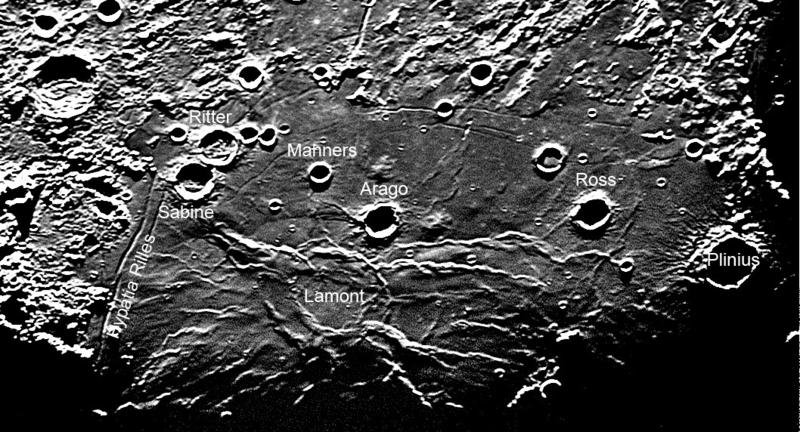