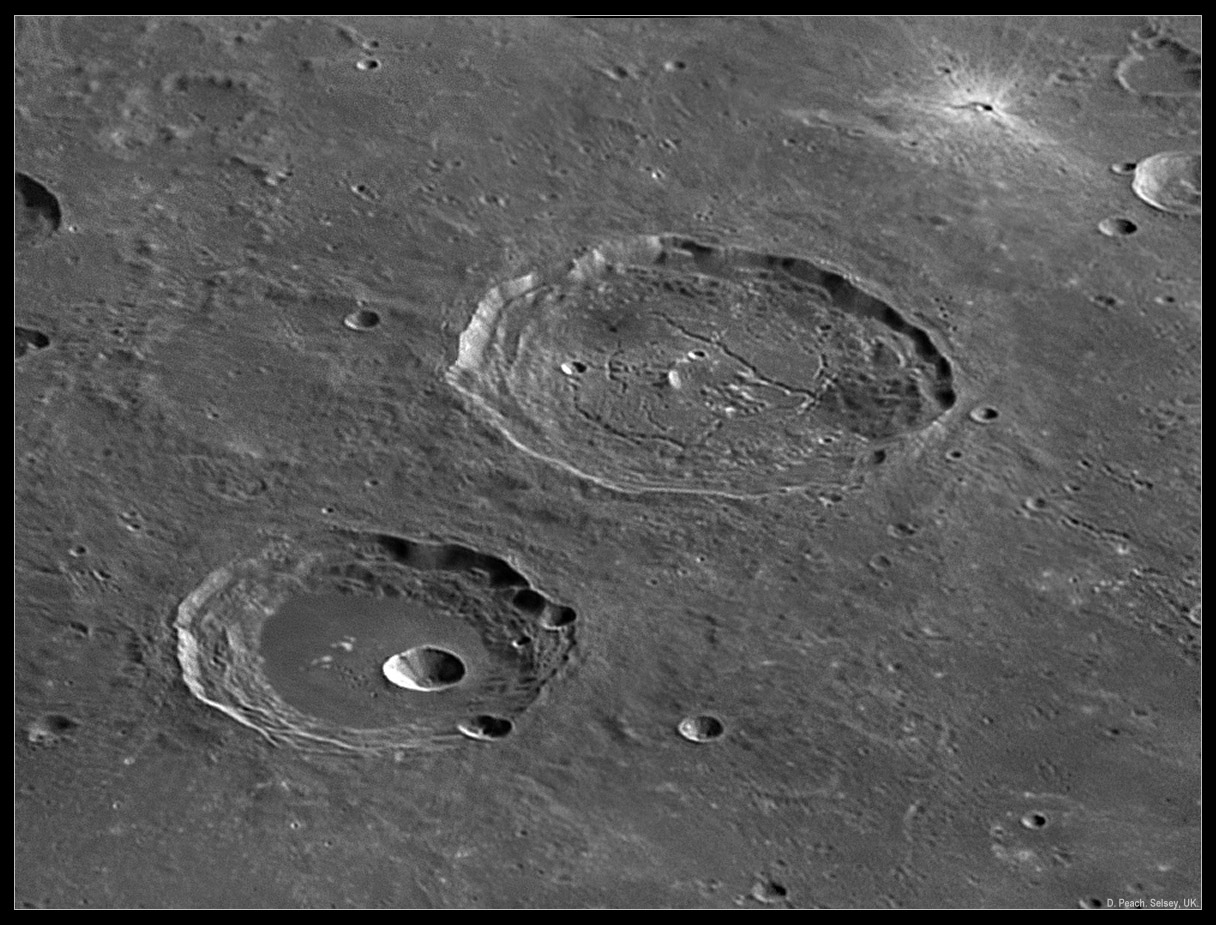 Did you know Hercules G - the crater on the lava-covered floor of Hercules - was a banded crater? I didn't either until I saw Damian's great image. Being banded is not exceptional, and looking at earlier images I found that it was captured previously in a wonderful high Sun view, but I never noticed it before. The rim of G seems low just where the dark band reaches it, and if you look carefully (or take the image into Photoshop and jack up the brightness) you will see that the bright band of ejecta surrounding the crater is widest towards the north. Enlarge the high-Sun LRO mosaic and you will see that the bright area corresponds exactly to the distribution of G's secondary craters. I suppose that G formed as an oblique impact. The two craters on the walls of Hercules were probably standard near-vertical impacts, but because they occurred on inward-sloping walls the craters were elongated in the downhill direction. Finally, notice Hercules D, the fresh, small-floored crater to the right of Hercules. It has a bright, round protuberance high on its north wall. The Clementine view is not as dramatic as Damian's, but suggests the bright feature is a huge outcrop of the existing country rock exposed by the excavation of the crater.


Yesterday's LPOD: Page One of a Lunar Alphabet Book