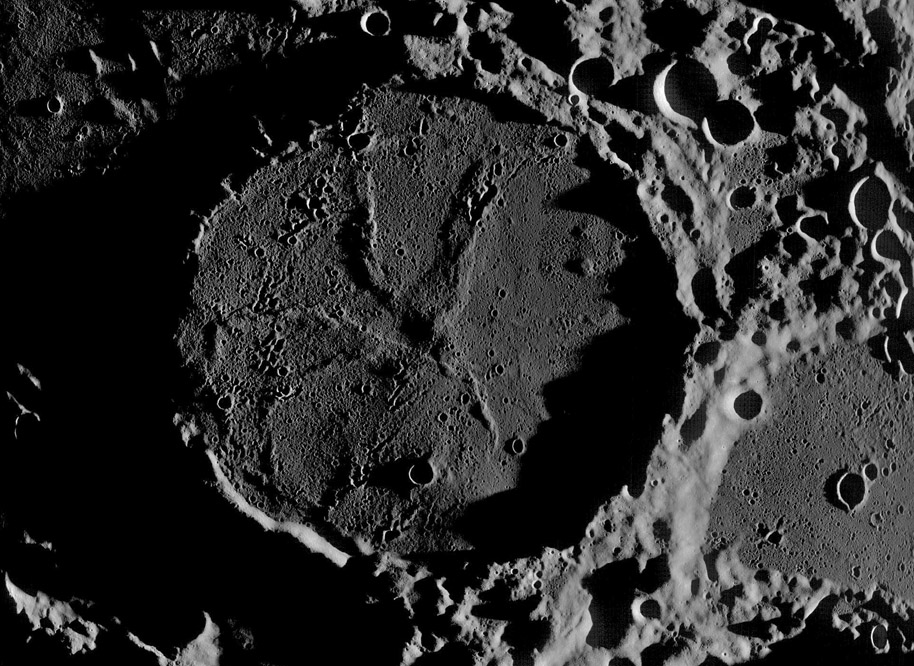 Wargentin has fascinated observers for more than 100 years. Its unique feature is discrete but large enough for the knowing eye to see even with a small telescope. Wargentin is like a saucer filled to overflowing. Volcanic material filled its floor, and apparently lava topped its western wall, which no longer rises above the floor. A positive gravity anomaly implies a lava fill of 2-3 km, less than its likely original depth of 4.5 km based on the same sized Tycho. A previously observed bird's foot-like mare ridge system on its floor is now more understandable in this dramatic, near grazing WAC view. Three or more mare ridges are actually radial to the center of the floor where a high spot occurs over where the central peak is presumably buried. At the bottom of the floor there is a hint of a dome about 10 km wide. A similar grazing illumination sunset view would show if the shadow actually covers a dome.