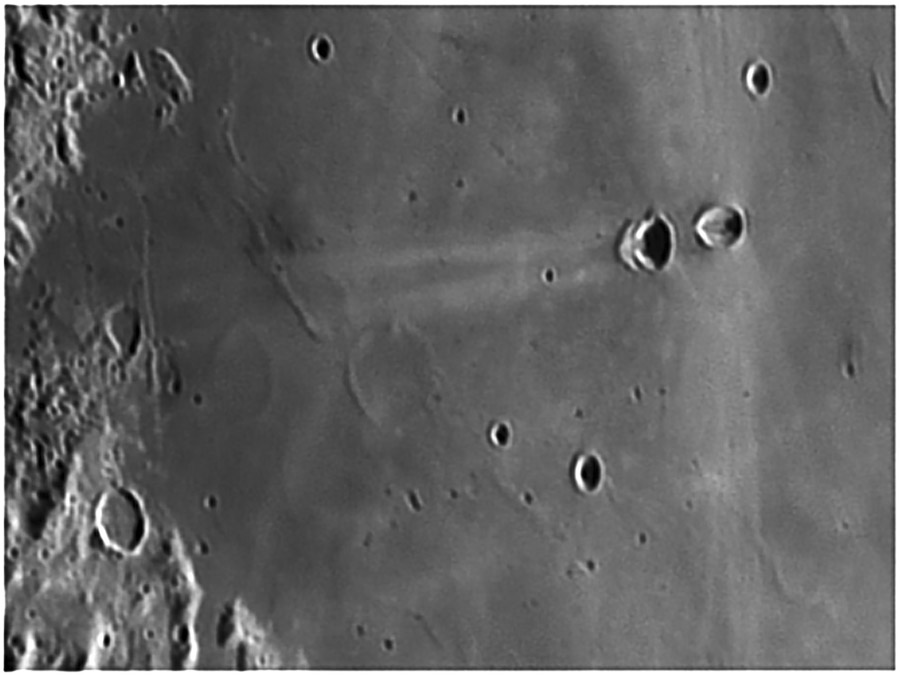 Leap days are rare, only happening once every 1461 days. Low oblique impact craters are rare too, and probably such low, nearly grazing impacts as formed Messier and its non-twin Messier A are even rarer than leap days. There are at least four bizarre things about Messier and its A. (1) Messier itself is very elongated and has a central ridge rather than a small circular peak. (2) Messier A has two components, a roundish, bright-rimmed crater overlying a less sharp, apparently older half crater. (3) Railway track rays that extend from Messier A to the western shore of Mare Fecunditatis. (4) Butterfly wing rays that extend out perpendicular from Messier. In an amazing triumph of science, hyper-velocity experiements clearly explain three of these observations. The one that isn't completely predicted is the origin of the half crater part of Messier A. It has been argued that this is an independently formed older crater that just happened to be in the target area. That is possible but seems unlikely because of the strong alignment of all three parts of the Messier complex.

Tomorrow's LPOD: Back To the Pole