A Penchant for Names 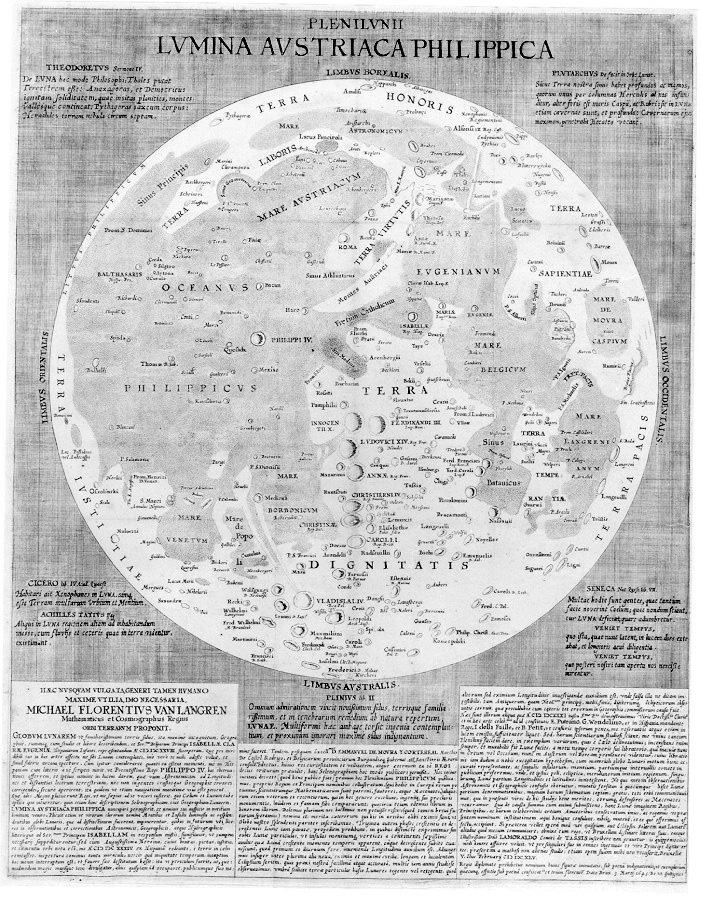 Three and a half centuries ago when Van Langren drew this first map of the Moon the giving of names was seemingly as important as drawing features in the right locations. Van Langren placed 325 names on his map, honoring philosophers, explorers and scientists, but also royalty, nobles, a pope and even saints. The maria were named mostly after places, and the bright highlands or terra were given names of human characteristics. Notice that the southern highland is the Land of Dignity and the north polar region is the Land of Honor. Sadly for Van Langren the majority of the names he bestowed on the Moon were ignored by later map makers, but the schema of naming craters after eminent men (I wonder when the first woman’s name was given?) has continued to this day. The tradition of naming bright regions has died out (although we still do it for Mars, and more recently Titan), which is a shame. Van Langren called the distinct arc of bright land separating maria Imbrium and Frigoris, Terra Laboris – Land of Labor. This and others of these terra names are very useful and I intend to use them – even if the IAU considers them unofficial! The map shown here is the oldest of four existing copies of Van Langren’s map and I thank the Leiden Observatory in Holland for permission to use it.