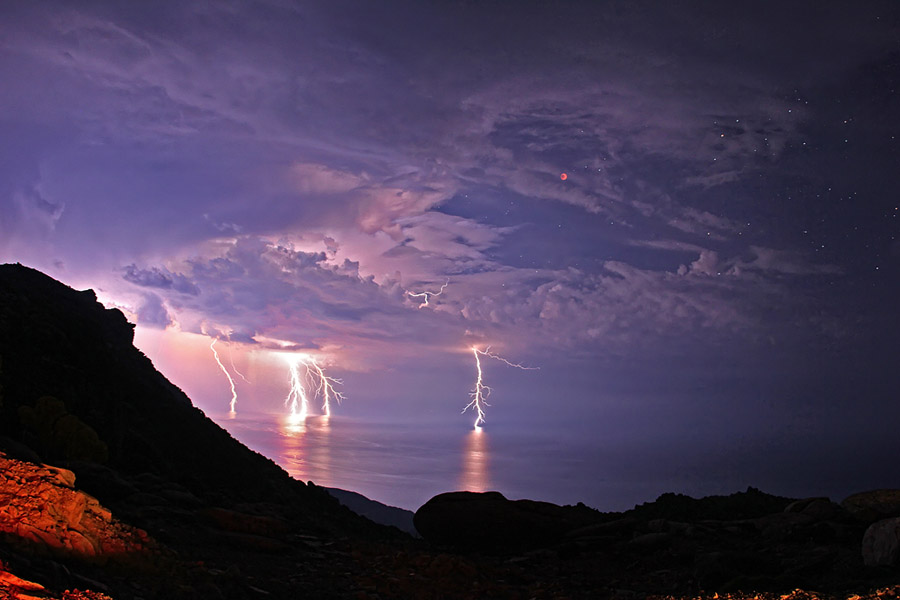 After months of anticipation, exhausting preparations and planning for taking photos of the total lunar eclipse, everything went wrong due to a severe thunderstorm during the phenomenon. Everything? Well... fortunatelly no, because for approximately 10 minutes in the middle of totality, a small window in the sky allowed me to see the Moon in the Earth's shadow and shoot this unbelievable photo! The shot was taken from Ikaria island at Pezi, an area known as "the planet of the goats", because of the rough terrain with the strange looking rocks.