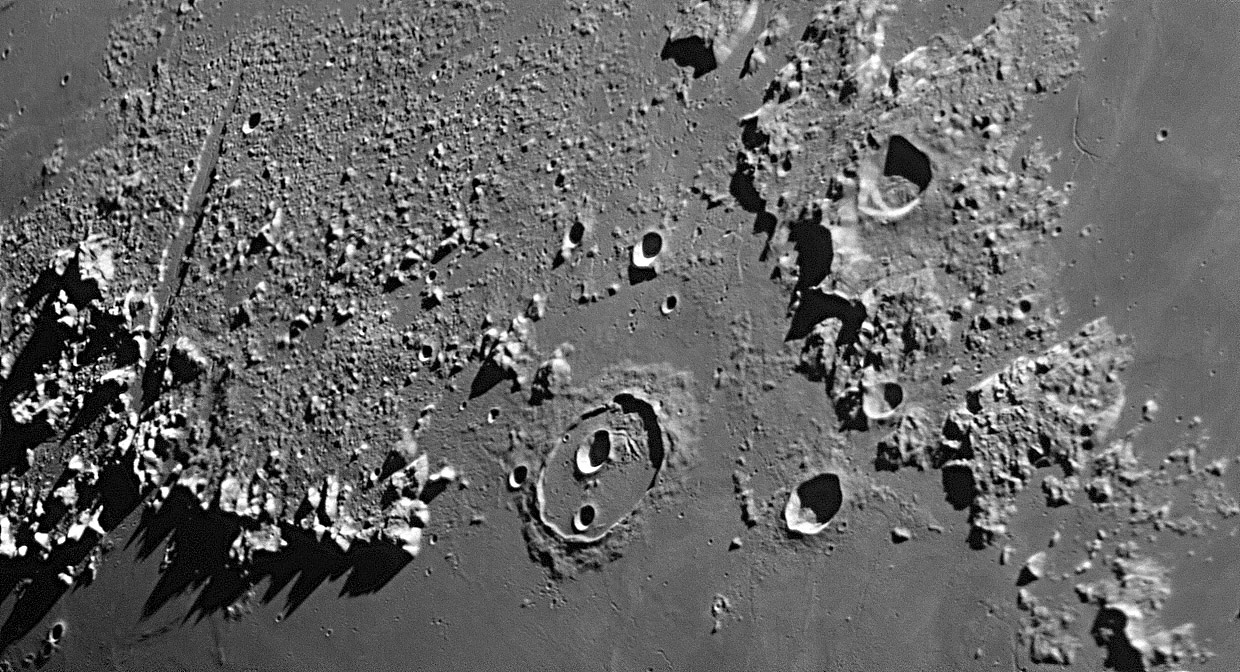 Why don’t the Caucasus and the Alps connect? The problem seems to be with the Caucasus, because the Alps are pretty much on the same arc as the Apennines – that arc being the rim of the Imbrium impact basin. Some scientists say that the Caucasus are part of the rim of the Serenitatis basin, but that is unlikely. The high scarp (the front) of a basin mountain rim faces the basin, and the Caucasus front faces toward Cassini crater, not towards Serenitatis. In fact, Cassini seems to lie in a triangular opening of the Imbrium rim – there are no mountains facing Imbrium here and the triangle is relatively flat and covered by mare basalts. It seems obvious that there is a gash in the Imbrium rim, and that the Caucasus are part of the rim that has rotated clockwise, with the rotation pole being near the bottom right of this image. As the rotation occurred new mare material welled up to fill the space. With a little Photoshop magic the Caucasus can be rotated back into their original position – see smaller image below. With the front restored, various linear features, including the Alpine Valley, are seen to be roughly parallel to each other and radial to Imbrium. In the reconstruction, Cassini and Theaetetus stick out into Imbrium, but they probably formed where they are presently located, after the opening of the Caucasus. Isn’t it wonderful what speculative juices flow when inspired by a fantastic image such as this. And, one more speculation, does the Callipus Rille (top right) occur on a Valentine Dome type flat plateau?