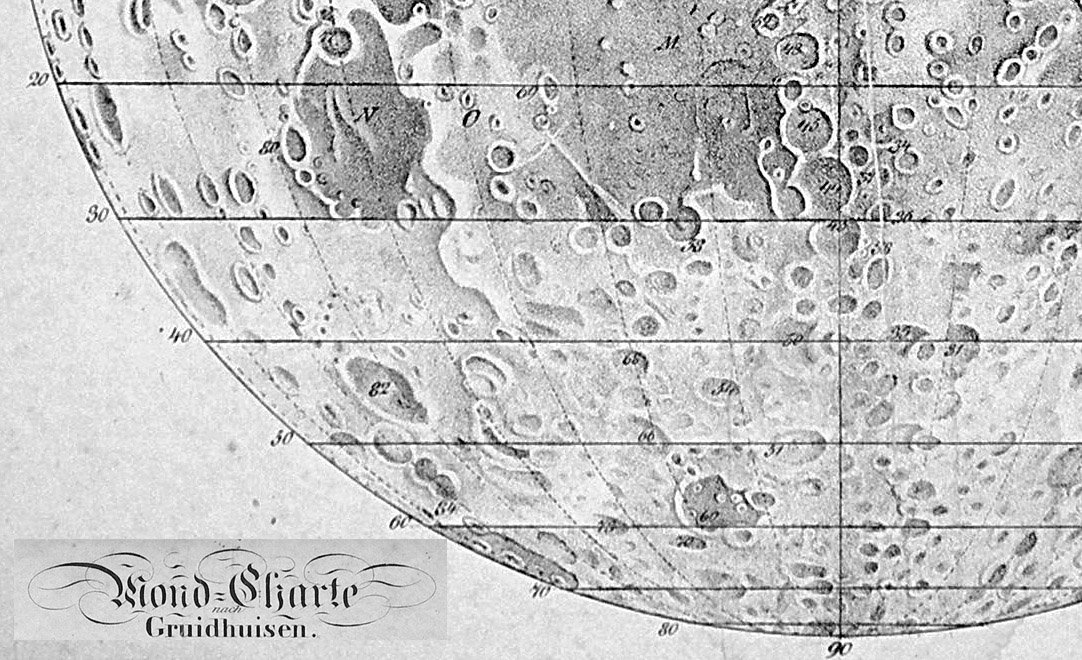 Maps have been major documents for the history of lunar studies. Although there are many topics not easily depicted with maps - the Moon's motions, rock compositions and possible atmosphere - for 400 years mapping the surface has been a major goal. The Moon Wiki has an extensive list of lunar maps and many maps are illustrated. But from the point of view of a researcher often the maps on the Moon Wiki and elsewhere on the web are too small to reveal how cartographers depicted features or what designations were assigned to them. Jörn Koblitz, a collector of lunar maps and books, agrees and he has initiated the Moon Wiki digital collection of high resolution views of major lunar maps with this image of Gruithuisen's 1821 lunar chart. This is just a piece of the map to show it at full scale and the entire chart is now on the Moon Wiki. I notice that the Straight Wall is depicted here. This map is different than the two shown in Whitaker's Mapping and Naming the Moon, suggesting that merely having good views of classical maps may result in recognition of previously undocumented variations. Jörn and I invite collectors to submit high resolution scans of other classic maps to help build a unique and valuable resource for lunar studies.
Chuck Wood