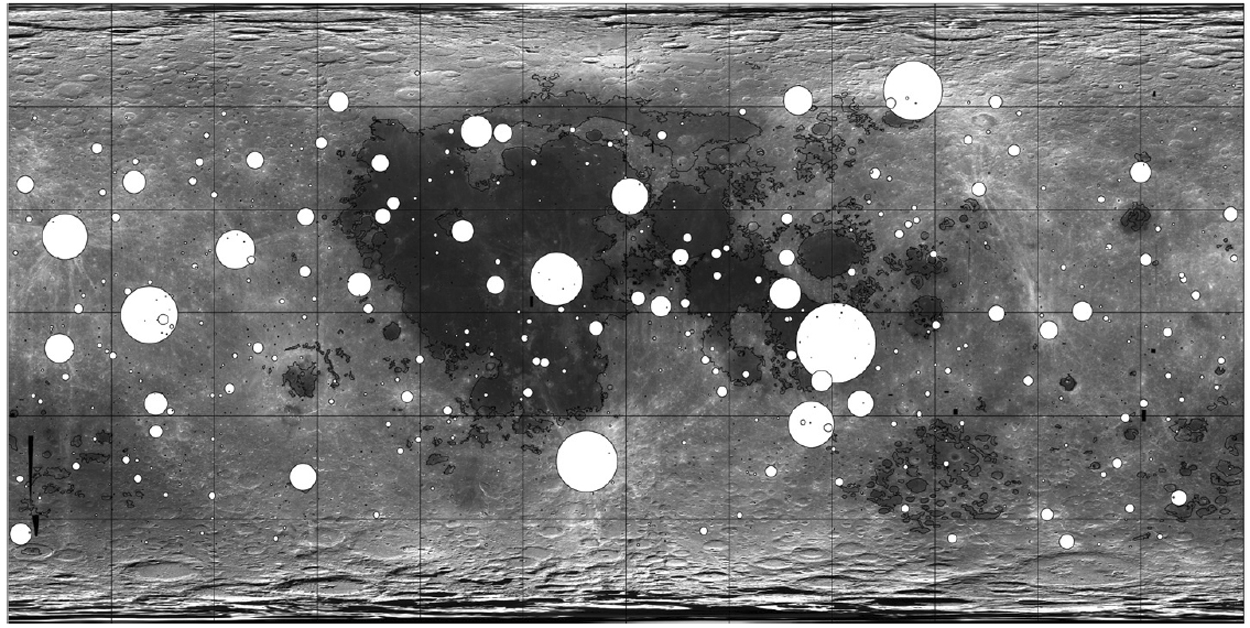 I like maps that show the distribution of different types of features on the Moon. This is a new one that plots ray craters, here shown 5 times their actual diameters for this scale map. There are 1707 rays craters with diameters as small as 500 m between 70° N and S - it is too difficult to detect rays closer to the poles. Most of the circles representing rayed craters are too small to see because only 273 have diameters of 5 km or larger. This is another demonstration of the power law distribution of crater diameters. We observe and get excited by the big craters, but they are a small minority of all craters. This study showed that rayed craters as a population are about 750 m.y. old, and that date should be recognized as the age of the boundary between young Copernican craters and older Eratosthenian ones. Currently, the boundary is said to be at 1.1 billion years, but that includes rays due to composition - bright anorthosites on dark maria - that age more slowly than rays whose brightness is due to the freshly pulverized rocks. Another discovery from this extensive mapping is that craters are concentrated in the direction of movement of the Moon in its orbit, but not as coherently as previously believed. This work has produced a new list of rayed crater locations and diameters which can be the basis for a further study to add ray lengths and to devise a ray classification.

Technical Details
I thank Stephanie for a copy of her paper and the rayed craters database.

Tomorrow's LPOD: A Long Line in a Clutter of Magnificence