A Highly Featured Hole in the Ground 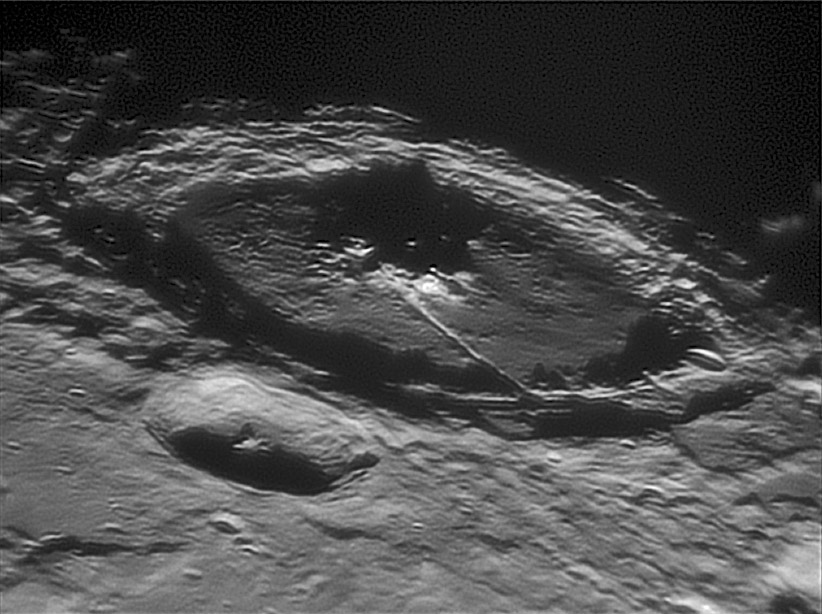 Looking like a mighty turreted fortress, the central peak complex of Petavius almost steals the show from its massive rim-to-peak trench. Petavius has so many unusual features that it is hard to account for them all. Here is a list: (1) the rim, (4) the slight dome and pyroclastic deposits, (5) roughly radial and concentric rilles, (6) the ghostly hint of a ring of hills like a transition to a central peak basin, and (7) the apparent doming of the central area of the crater. Most of these features can be explained by the the idea that Petavius is a floor-fractured crater. The standard model is that the impact breccia under a large crater near a mare gets invaded by a mass of rising magma that lifts the crater floor. That causes (7) and (5), and some magma leaks to the surface leading to (4). Since Petavius is large it is at the early end of the transition to basins (6). The remaining three features seem unrelated to the others. But (1) and (2) clearly are related; is the wider rim (3) an older crater, mostly covered by Petavius? I don't really think so....

Tomorrow's LPOD: Observing with a Mission