Back To the Drawing Board 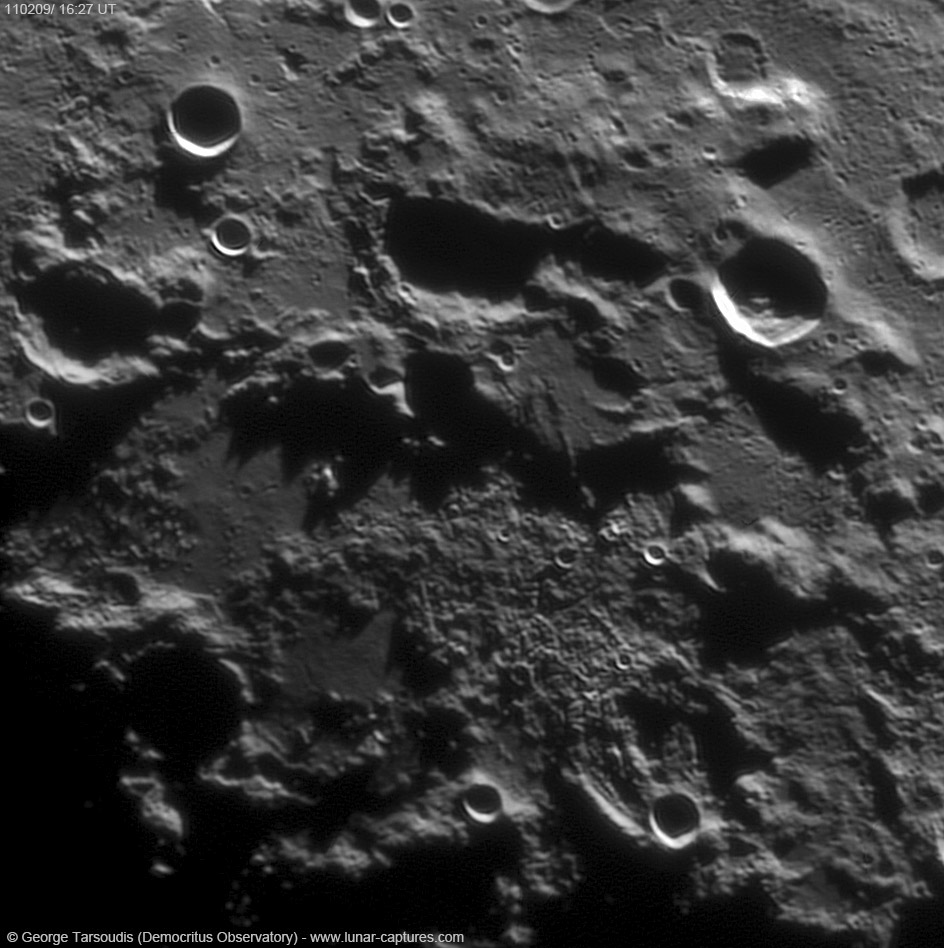 This is probably the lowest lighting of the Apollo 16 area I have ever seen. And it beautifully illustrates why geologists interpreted the knobby material inside Descartes (bottom right) and apparently overflowing its rim to the north as volcanic. This closely-spaced hilly terrain - the Descartes Mountains - simply does not look like impact ejecta, But even before John Young got out of the lunar module Orion he saw whitish rocks and realized it wasn't dark like volcanics. Later he famously said, that it looks like the geologists will have to go back to the drawing board, or where ever they go. The landing site is on the smooth terrain just to the left of the knobby material. The smooth stuff is called the Cayley Plains, and before Apollo 16 was interpreted as volcanic. But this unit contains John Young's white rocks that turned out to be anorthosite breccias, probably ejecta from the formation of the Imbrium or Nectaris basins. The knobby material was approached during one of the three EVAs but their is no certainty that it was actually sampled. No volcanic rocks were found and the assumption has been the Descartes Mountains are also basin ejecta, but that is not documented by samples. Nearly 40 years after Apollo 16 the Descartes Mountains still look unlike basin ejecta elsewhere on the Moon and remain, in John Young's words, our mysterious and unknown Descartes highland plains.


Yesterday's LPOD: The Top of the World