The Most Magnificent Crater? 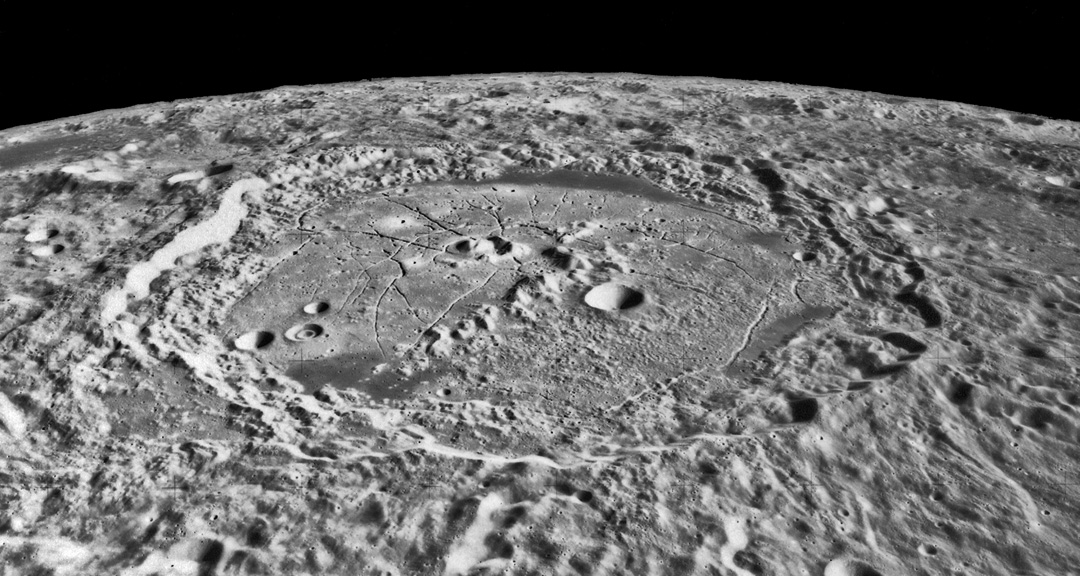 Teasingly on the eastern limb, Humboldt just barely hints to terrestrial viewers of the marvels it contains. At 207 km diameter, Humboldt approaches the transition where large craters take on some of the morphological characteristics of impact basins. Humboldt is also one of the largest floor-fractured craters, modified by the intrusion and leaking to the surface of magma. The floor is presumably uplifted (I can’t find a topo map) and cracked by rilles above dikes that carried lava to the surface. In four places pyroclastic eruptions deposited dark ash along the floor’s edge. An absolutely perfect concentric crater, 6.7 km wide, has two neighboring normal craters. All three of these craters have slightly raised rims and their interior walls look very similar. Because the neighbors are slightly smaller and slightly larger than the concentric crater it seems reasonable to speculate that the concentric crater is exactly the right diameter or depth to interact with a floor layering to somehow construct the inner ring. But the inner ring looks rounded – like a donut, not like a normal impact crater rim – so perhaps it is some kind of volcanic deposit. But why would volcanism create a donut rather than a dome or a flat lake? I hope someone discovers what these inner rings are before I die – they are such frustrating minor features!

Tomorrow's LPOD: The Moon for Free