Uninspiring, but an Active History 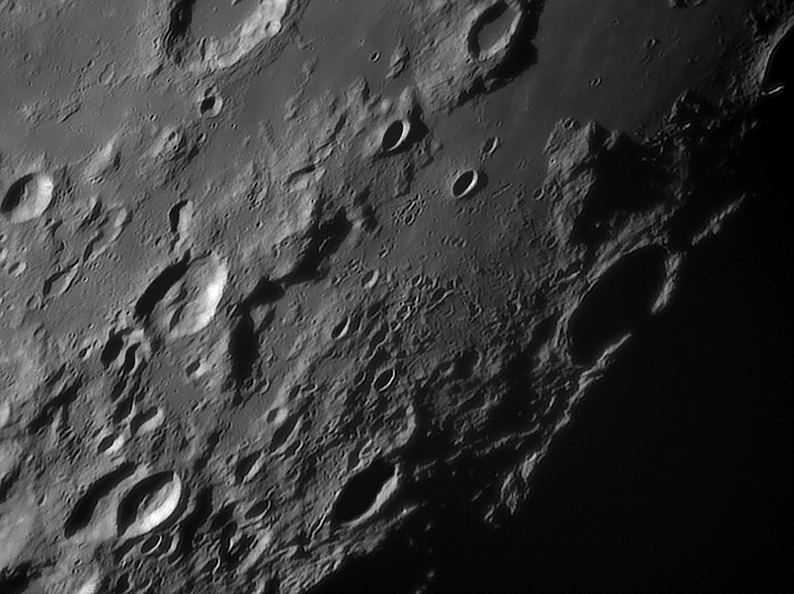 This isn’t an inspiring piece of lunar landscape. Its the marshy southern shore where Mare Fecunditatis runs onto highland terrain that apparently lacks strong structural control. Its exactly the sort of place that people don’t image often enough, and it must have stories hidden away to tell us. First, what is that huge triangular mountain just above Wrottesley, enshadowed at center right? In the 1830s Madler named it Biot Beta, after the 13 km wide simple crater to its left. There are essentially no processes for making big mountains on the Moon except as rims of craters and basins. Sure enough, in Paul Spudis’ book The Geology of Multi-Ring Impact Basins he uses Beta to help define the outer, 1320 km diameter ring of the Nectaris Basin. And notice the hilly ridge that goes from Borda (center left) to Biot B (flat-floored crater at top center) - that is the inauspicious Stevinus is right in line. One final oddity - did you notice that the eastern bright rim crest of Wrottesley has a shadow right in its middle? Why do you think that is? What is just to the east? Its Petavius; Wrottesley formed on the rim of the larger crater, and that may have lowered the height of Wrottesley’s eastern rim, accounting for the shadow.