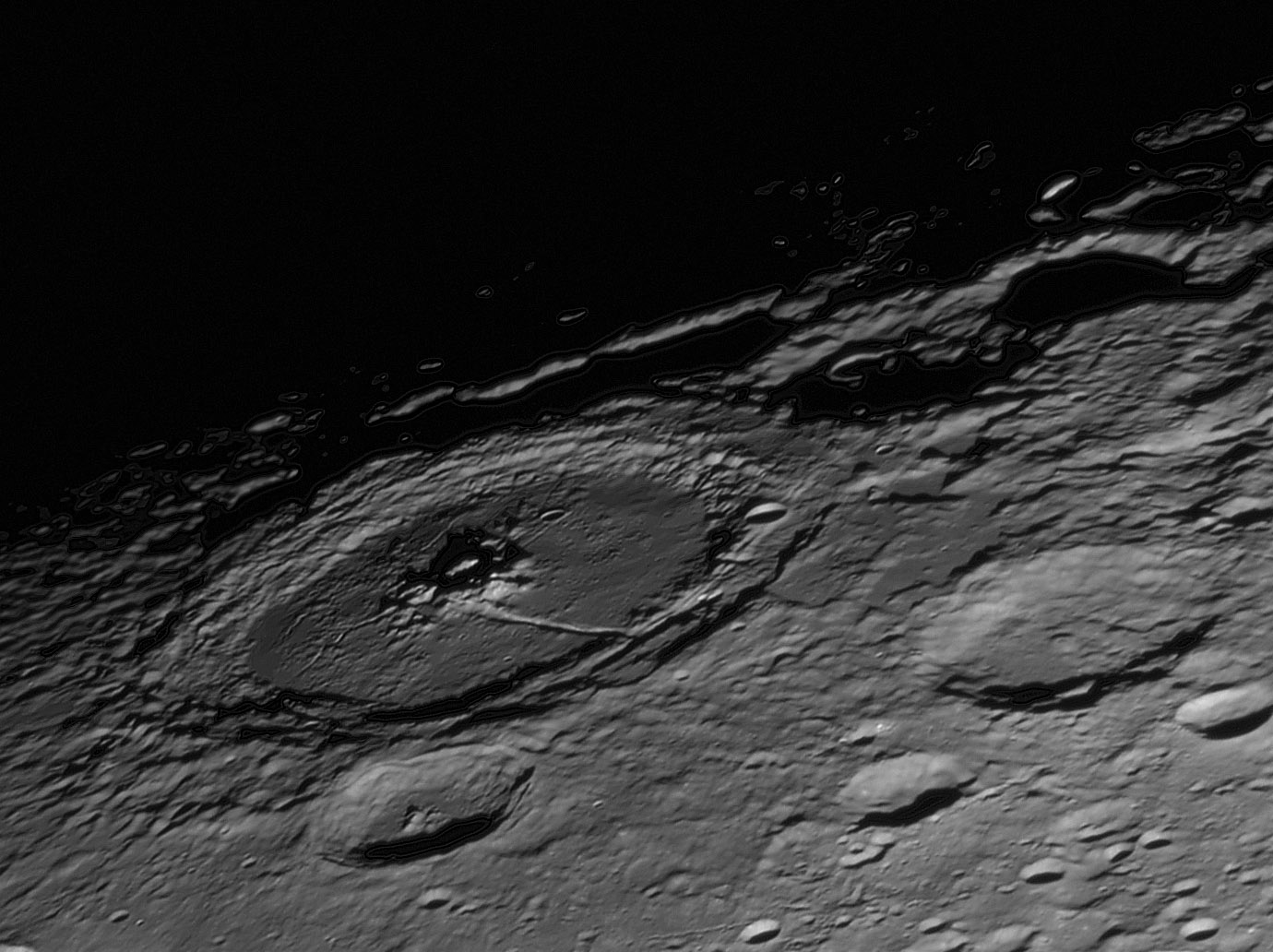 Petavius is perhaps the most fascinating crater along the eastern limb of the Moon. It is young enough to have its massive central peaks and blocky terraces reasonably well preserved, but what sets it apart from Langrenus and similar complex craters is the character of its floor. The trench that runs from the central peaks to the western wall is not matched by any other crater rille on the Moon. An amazing connection, only hinted at here but revealed by both the Lunar Orbiter IV and the Chinese Chang'e-1 images, is that the massive main rille bends sharply at the peak and continues northward (to the left), becoming increasingly narrow. Another rille radiates southward from the peaks. Like the main rille and the one to the north, it too is broader near the peaks and thins away from them. This suggests that all three are related to uplift of the peaks and the center of the floor. Previous Wrottesley, note the battered Snellius at bottom right - is it the only lunar crater that looks like it was repeatedly pitted with a ball peen hammer?


Yesterday's LPOD: Five in a Row (And an Extra Treat)