Noticing What is Missing 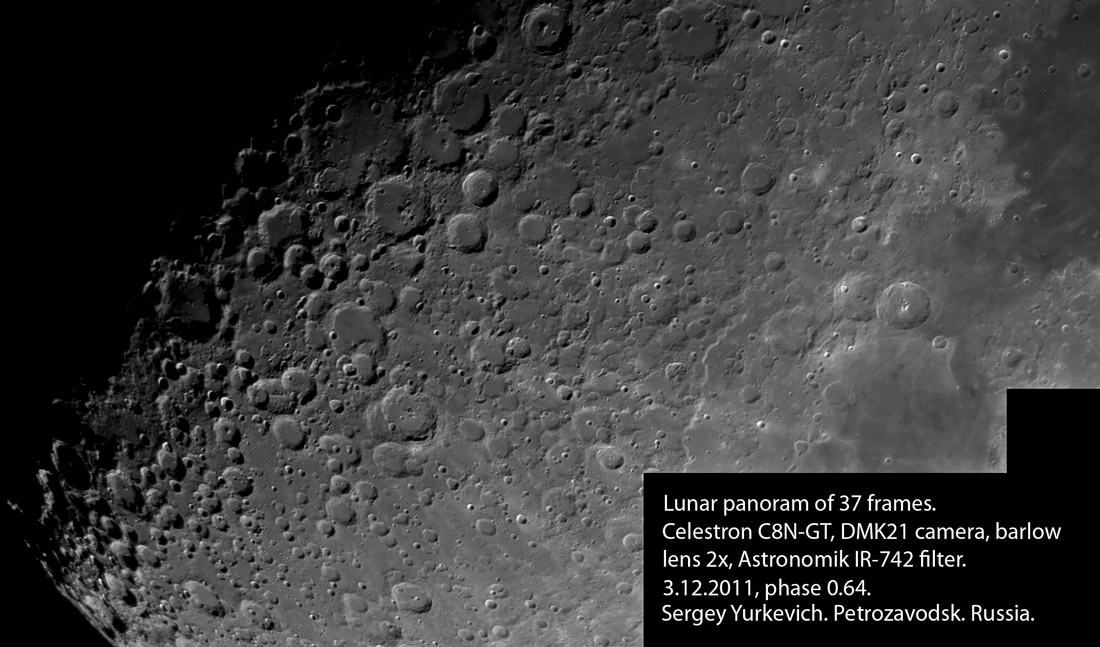 Sergey's image captures much of the nearside's heavily cratered terrain. There are two types of surface here. Craters on top of craters characterize the landscape near the terminator, but further east (in the area near the bottom center) there are fewer craters with smooth plains in between. In general, the lunar highlands are the oldest rocks on the Moon and may be the remnants of the low density anorthositic scum that floated to the top of the lunar magma ocean. If this was so, the surface should be saturated with craters that date from the final days of the accretionary bombardment that built the Moon. That is true for the heavily cratered areas such as near the terminator, but the places where smooth plains are widespread are not saturated. I have thought that the plains materials could be volcanic, resurfacing the original anorthositic crust and destroying the impact craters. But there is little good evidence for volcansim in the highlands. There is evidence that ejecta from the Orientale impact veneer parts of the area shown here. But it doesn't seem like that ejecta would be thick enough to explain the sparcity of craters in the smooth plains zones. So there is no good explanation for the origin of the smooth plains, nor for the missing ancient craters.