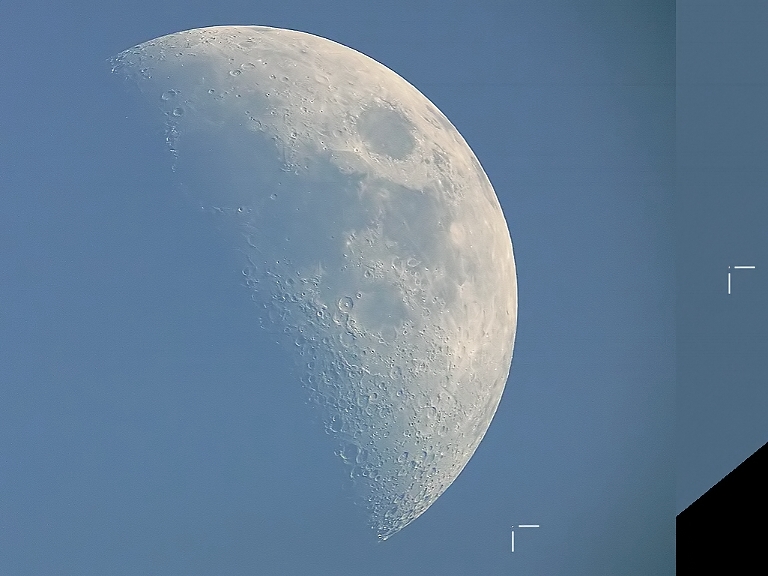 On May 23 the Moon passed near the bright star Regulus in the constellation of Leo. This was a nice photo opportunity except that it happened mid-day in Europe. But that didn’t stop Anthony in Greece and Pete in England from capturing the event, and that created a quandry for me, for both submitted an image to LPOD. Low contrast blue images don’t excite me very much and the only story to tell was that yes, bright stars and the Moon are visible during the day. But then Anthony and Pete got together and combined their images (at least the Regulus parts). That created the image above which tells another more interesting story. The two images were taken within a second or two of each other, but the position of the Moon with respect to vastly distant Regulus differs greatly. At the instant of imaging, Regulus was close to the lunar southeast limb from Athens, but 2370 km away in Selsey, Leo’s star was seen further east and north. Using this offset in the position, Anthony measured the parallax angle (1113.6″) and calculated an Earth Moon distance of 438,988 km; the actual value at that time was 395,520 km, so the error was only about 10%. Another amateur astronomer, Ernie Wright, included the corrections for the curvature of the Earth in the calculation and derived a distance to the Moon that was within 2% of the correct value. Not bad for a couple of friends doing some daylight observing!

Yesterday's LPOD: Way Beyond the Limb