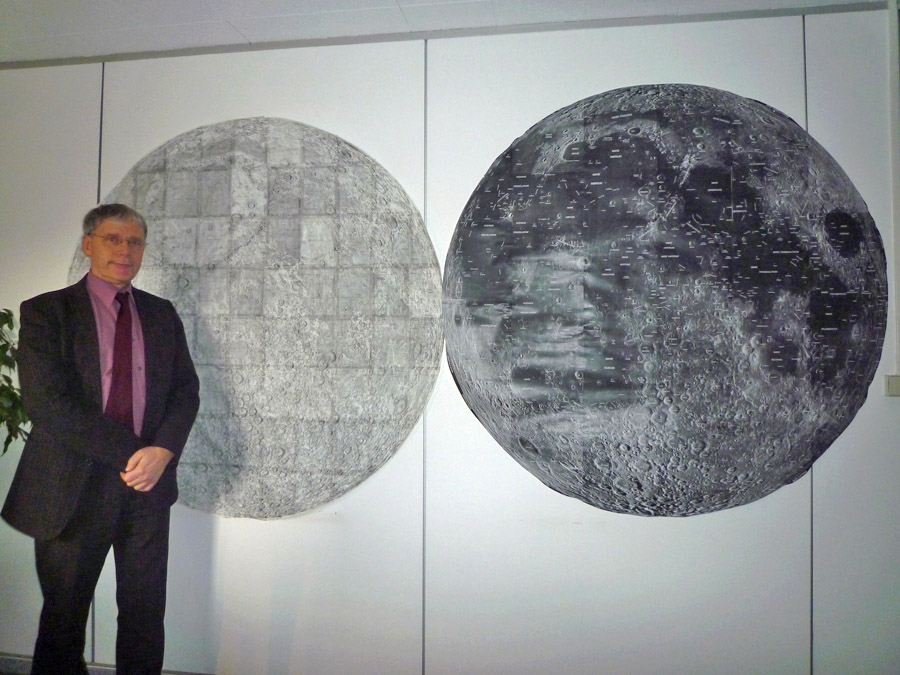 When I received my copy of the 21st Century Atlas of the Moon last week, I at once decided to build a new lunar nearside map using it. I just photocopied in B&W the 28 maps of the atlas, enlarging from from A4 to A3 format. Then I patiently cut them and glued them together. Simple, but requiring about 2 hours work. The pictures present the 21th century map besides the Rükl map I produced with the same process at the end of the 20th century. It has been really a very long time to obtain a new detailed atlas of the Moon. The end of 2012 has been a real paradise for lunar lovers with the release of this Atlas and the new Pro6 version of Virtual Moon Atlas. One more time, thanks to Charles and Maurice for having produced this new lunar reference !

Related Links
Maurice Collins' colored lunar wall map (with some naming errors that were corrected for the 21st Century Atlas).