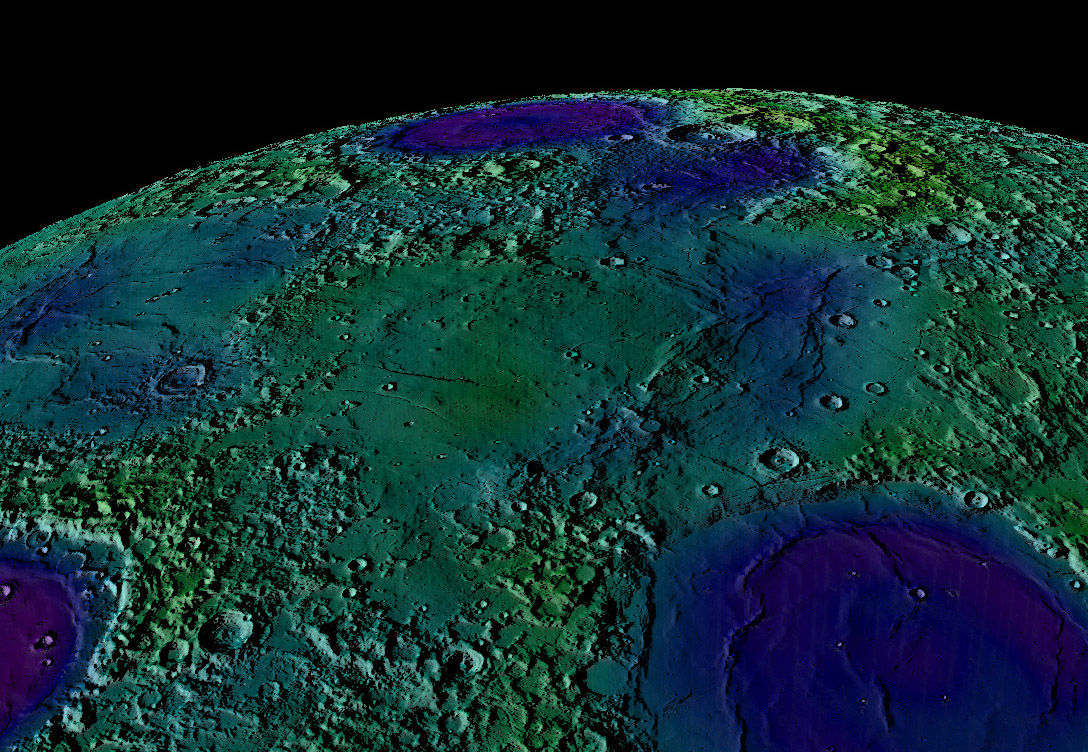 A day or so ago Maurice posted a global crustal thickness map to see if there was thinning under the putative Timoris Basin - there isn't and the basin probably never existed. But he noticed a strangeness at Mare Tranquilitatis and made this oblique view image to understand it better. Tranquillitatis is weird because it is roughly round and is filled with lava - two characteristics of impact basins. Except topo maps show that the eastern side of the basin (left) is relatively high, and there is little obvious basin structure. And this crustal thickness map - blue is thin crust, purple is thinner and shades of green are thicker - mimics the topography. The western arc of the mare has a thin crust, with greatest thinning at Lamont - maybe it really is a buried small basin. The center and eastern parts of Tranquillitatis have thicknesses similar to some highlands areas - apparently there never was a basin there. And yet these parts are slightly low, and mare lavas - from the volcanic dome vents near the Cauchy Fault? - covered it. Our simple models of a crust that Is thinned, and elevations that are lowered, only by basin impacts may leave out other processes that we haven't yet discovered.