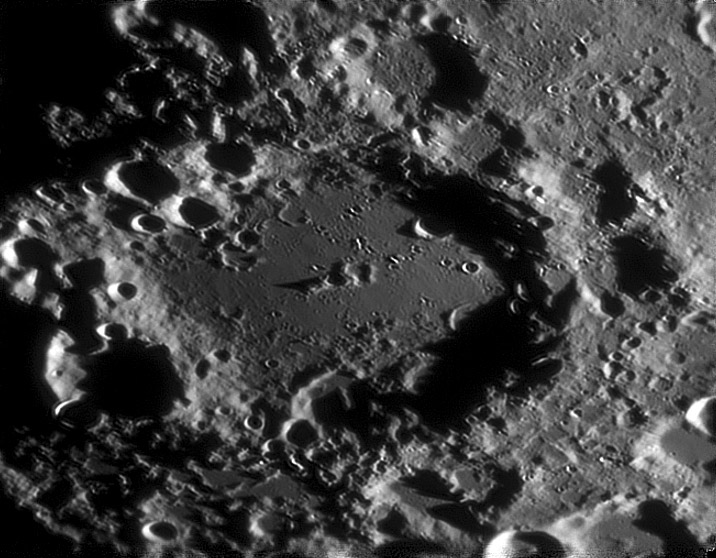 One of the discoveries of the 1960s was that not only were there many more craters formed in the first half billion years of lunar history than in any other later time, but that also more big craters formed then than later. That is why Clavius, Longomontanus, Maginus and other large craters are common in the southern highlands and its continuity which is known as the farside. These old craters, like Maginus seen here, have been battered by subsequent impacts that are mostly preserved on their rims because their floors have been renewed by some younger filling. I used to think some of it was a non-mare volcanism but most researches think that the smooth fill is ejecta from the formation of Orientale and perhaps Imbrium basins. Radar images have previously shown strong evidence for widespread Orientale ejecta across the southern highlands and some of it must have ended up in the craters. But notice the much smoother and much less cratered floors of the crater near bottom right, and in smaller patches across the bottom of the image. Why isn't similar smooth stuff on the floor of Maginus?


Yesterday's LPOD: Back To the Pole