An Atlas in Every Pot 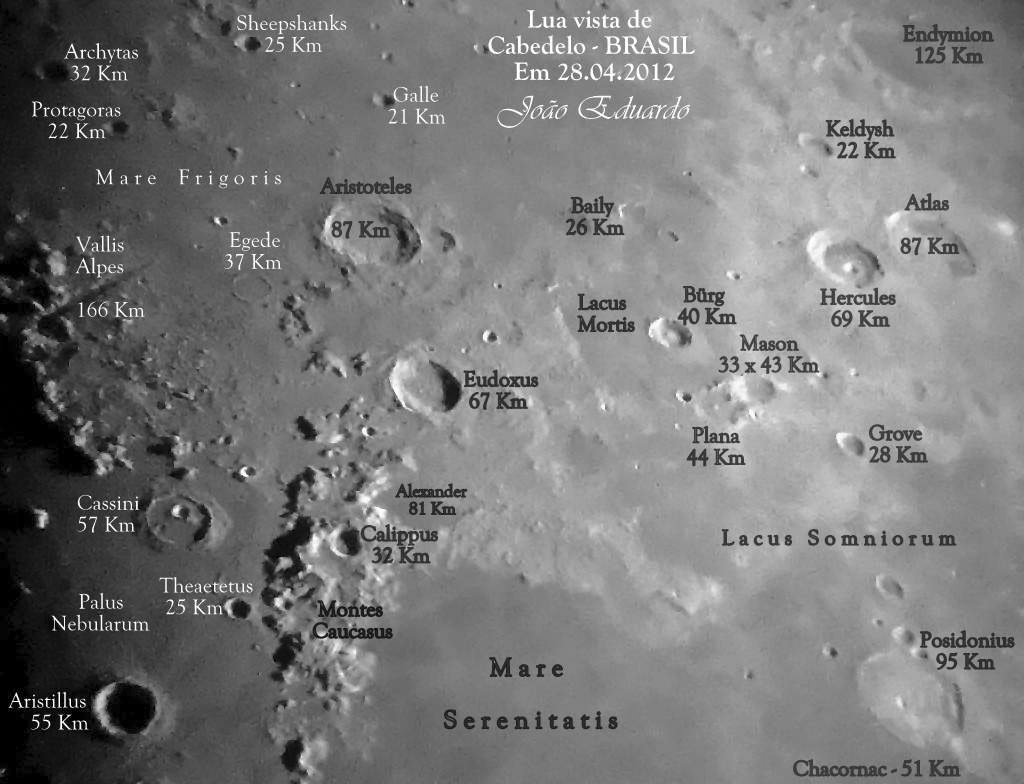 Three years ago John Moore published his own atlas of the Moon, selecting the information to display that he thought would be most useful. K.C. Pau recently released an atlas of his best images, and now João has made his own chart depicting the area northeast of Mare Imbrium, adding the diameters of craters along with their names. Because so many amateurs can now take good lunar images, and high quality images can be printed out, every amateur can make their own customized lunar atlas. With Photoshop, Picassa and various other tools each image can be annotated with any type of information. Someone can make a map of rilles, or domes, or rayed craters, or places that they just happen to be interested in. Or atlases can be made with explanations in Portuguese, Gujarati, or Tagalog, all languages used by LPOD participants. Let a thousand atlases bloom.