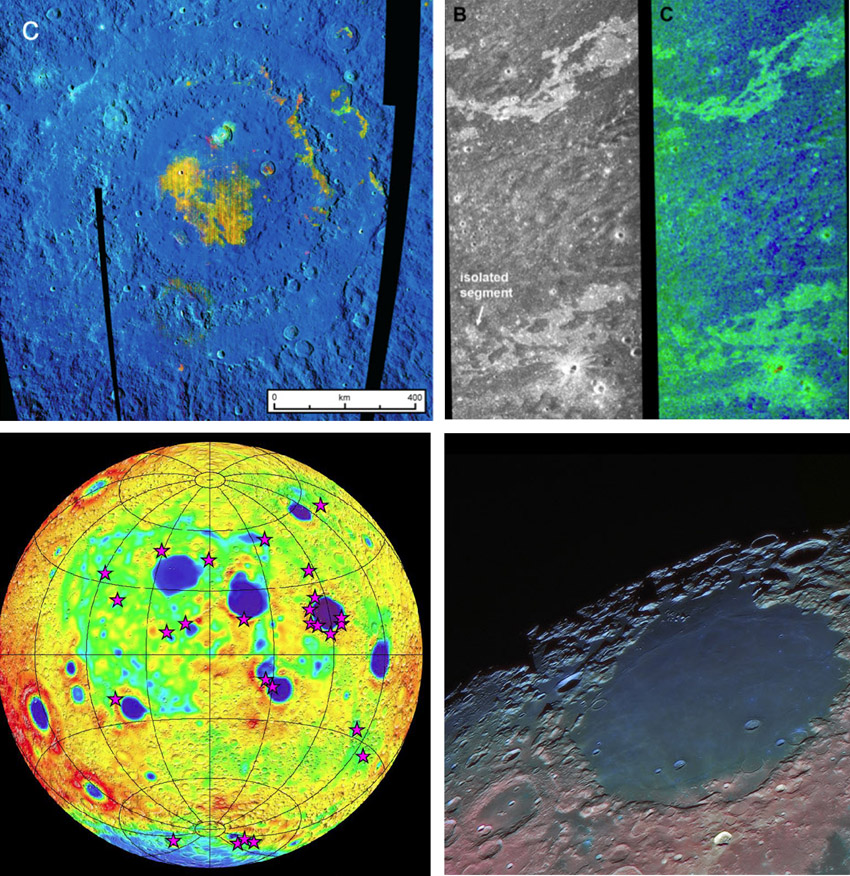 images from LPODs over the last year

Yesterday was goodbyes to inspiring lunar people, and today celebrates new data and understanding that appeared in 2012. The new data come from LRO that still orbits the Moon, and from other recent spacecraft such as Kaguya, Chandrayaan-1 and the recently departed GRAIL, all of whose data are still being mined. At upper left is a Moon Mineralogy Mapper map from Chandrayaan-1 that provides the highest quality compositional information ever for the Moon, in this case news about the sparse lavas within the Orientale Basin. The image at upper right displays impact melt flows mapped by the Mini-RF radar on Chandrayaan and LRO that were not previously so easily detected. Mini-RF also determined the distribution of ice in polar craters. GRAIL scientists created high precision crustal thickness maps (bottom left) by combining their spacecrafts' gravity data with altimetry from LRO. The purple stars are detections of olivine by the Kaguya spacecraft. The Crisium view represents the continuing tradition of innovative telescopic imaging by amateurs who combine techniques, and sometimes data from spacecraft, to make sure the Moon remains a place for personal explorations.

Chuck Wood
(And of course, un-illustrated here are the millions of high and hyper-resolution images from LRO that are the foundations for many lunar studies)