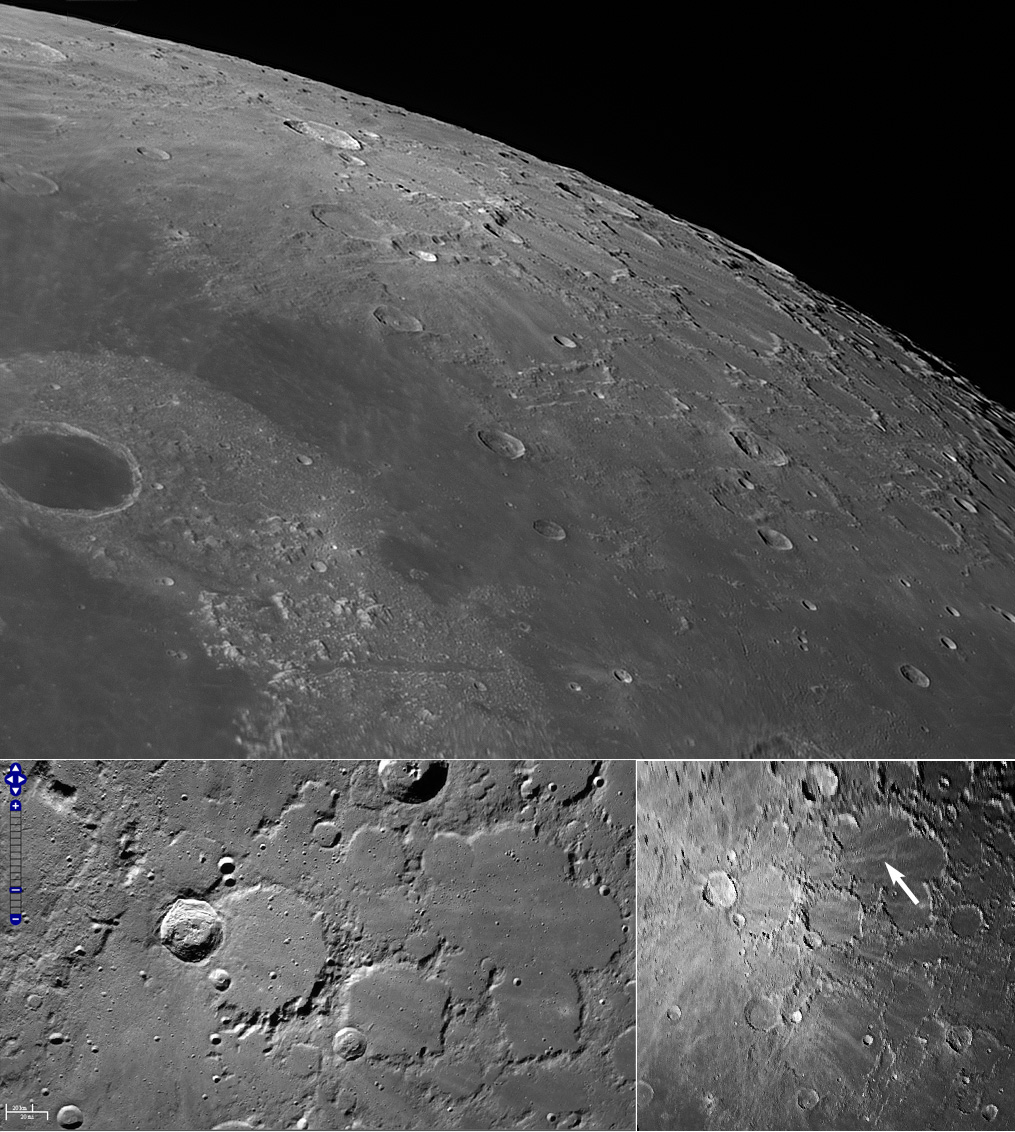 In Brendan's excellent high resolution image of the Mare Frigoris and north polar region (top) I was taken by many features but in particular the rays coming from Anaxagoras crossing Meton. I enhanced a rectified view of his image and had a look at them (lower right) from overhead, and then had a look at the LRO imagery from the ACT-REACT north polar region map (lower left). I did notice that one ray (arrowed) crossing Meton seems rather turbulent and braided in the rectified (LTVT) contrast enhanced view of Brendans image. Anaxagoras seems rather pentagonal in shape, and is formed from a possible oblique impact. Meton is old and plains filled, I am assuming from Imbrium ejecta to the south. But what would cause braiding of the rays? Assuming it is just random secondaries impacts as there is a lot of crater chains in the WAC images when you zoom in closer. But could they be influenced by the local topography, as fluid would be by gaps in mountain passes? I see a low point in an old crater wall of Scoresby W there. Whatever the cause, that great image of Brendan's got me thinking about the lunar rays and whether fluid dynamics plays a roll in their distribution as it does in many other facets of nature.

Tomorrow's LPOD: A Sliver in the Sea