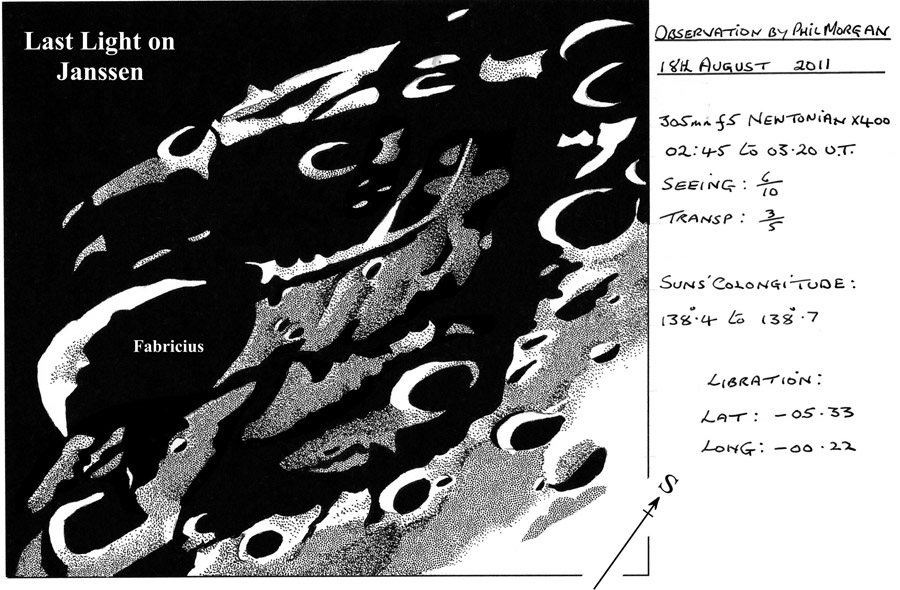 At the onset of this last light observation of Janssen made in the early hours of 18th August, it was no surprise for me to still to be able to see illuminated the great rille-valley with its high leveed banks that strikes southwards from Fabricius. More unexpected though was the visibility of most of the narrower south-eastern branch of the Rimae Janssen, indicating perhaps sunlight streaming through a low point in the western rampart. At this point I recalled an observation made many years ago, but made under slightly earlier lighting, when I noted that this branch rille cut across a large dome-like swelling on the southern floor area. High-resolution images taken with better telescopes than mine show that this branch rille is composed of a chain of depressions much like the Rima Hyginus. This being the case a volcanic association is implied, and so its connection with a large dome is not so unexpected! There is a fine image of Janssen taken by Rik Hill showing this dome on LPOD for May 1st 2007.


Yesterday's LPOD: Three Are Better Than One