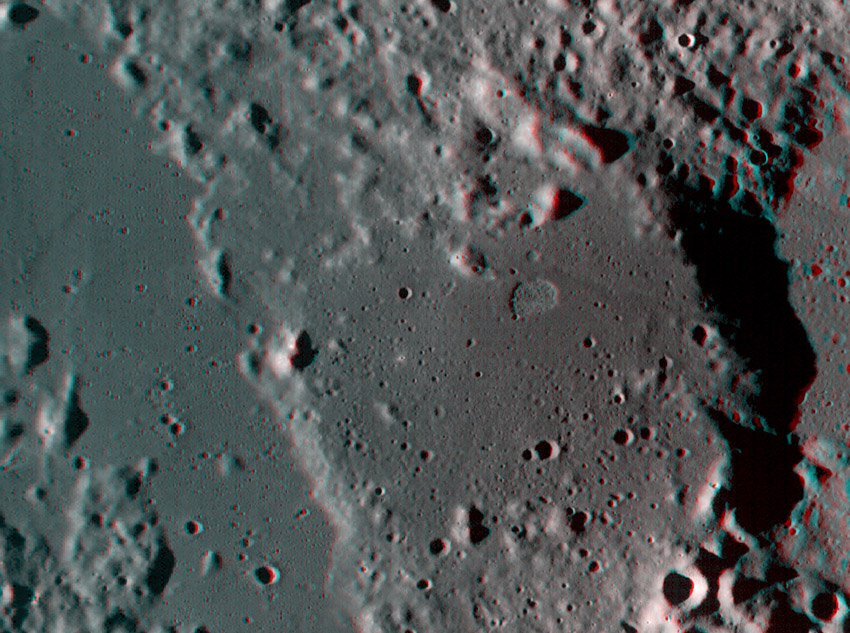 I’ve been trying out Jim Mosher’s WAC previewer and while piecing together a mosaic it dawned on me that two of the images overlapped enough to make a 3D image. At first I created some side by side pairs which worked nicely, then I remembered some folks have difficulty with them so that prompted me to have a go at an anaglyph. After searching around I came across a tutorial using Gimp so I downloaded it and here is the result. There was quite a lot of manipulation needed to align the images, for there is a fair amount of distortion in the WAC images especially along the edges. I would have liked to have had some way to correct distortion in the lower centre of the image better, as far as I am aware there is no tool to do that without adversely affecting the surroundings. But despite this I am still very pleased with the my first anaglyph and the 3D effect is very strong for me, maybe even a bit exaggerated but better that than not strong enough. BTW I don’t have any 3D glasses so instead I have been using the red and blue filters that I normally use for lunar imaging, nice to get some use out of them while the weather is being so uncooperative!