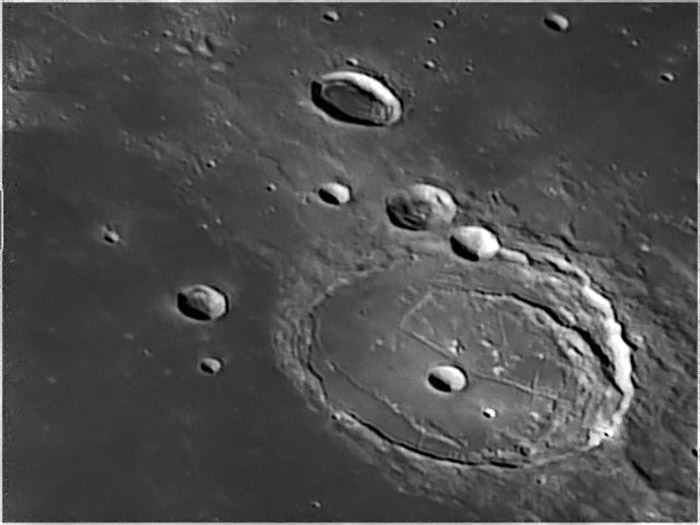 This is a remarkably good image from a new contributor to LPOD using a Meade telescope. Very few LPOD images have been acquired with Meades so it is pleasing to see another one. And Posidonius is a classic crater with interior detail to challenge a telescope of any size. Just a few nights ago I found that with my 6" I could just glimpse the sinuous rille on the left side of the floor. But if I had not known what it was I would have misinterpreted it. Agustin's image also gives a good view inside Posidonius J, the somewhat large crater just north of the rim of Posidonius. J's floor has a small central mountain, and a curved ridge that had slumped off the main rim. Further north is the obviously elongated Daniell, with its dark floor crossed by rilles too small to see telescopically. Running eastward from J is a boundary between darker material to the north and lighter on the south. This can be confirmed in other images and is not an odd ray, but - at least in part - the edge of older, lighter-hued material up against maria.

Tomorrow's LPOD: Back On the Moon Again