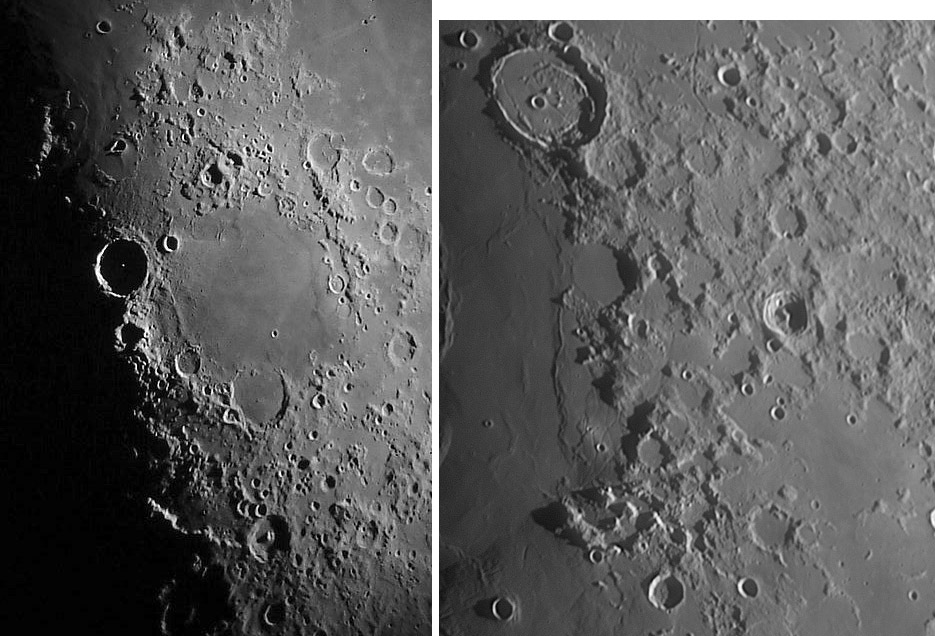 One of the most contentious issues in lunar science is the reality of the late heavy bombardment (LHB). This is a proposal that most of the Moon's impact basins and large craters formed in a frenzy of collisions about 3.9 billion years ago. Thus, morphologoically young basins like Orientale and Imbrium may be only tens of millions of years younger than degraded ones such as Serenitatis. The older interpretation is that there was a great decline in cratering rates from 4.4 b.y. to 3.9 b.y. ago so that there would be hundreds of millions of years age difference among basins. Two different types of evidence were presented at the Lunar & Planetary Science Conference in Houston this March to question the LHB. German scientists M. Fischer-Gödde and H. Becker determined the first precise Re-Os age date of a lunar impact melt, Apollo 16 sample 67935 collected on the rim of North Ray Crater. Re-Os (rhenium-osmium) radiometric dating is difficult but less likely to affected by later shock events than are Ar-Ar ages which date 67935 to about 3.9 b.y. The new Re-Os age is 4.21 b.y. +/- 0.13 b.y., making the Nectaris Basin 300 million years older than Imbrium. Paul Spudis, Don Wilhelms and Mark Robinson took a different approach to understand the age of Serenitatis, a morphologiclly ancient basin. They used LRO-WAC mosaics to closely re-examine the so-called Sculptured Hills between the Serenitatis and Crisium basins. The improved image resolution led them tp recognize that Sculptured Hills deposits are superimposed on old craters formed after Serenitatis and thus can not be Serenitatis ejecta. The Apollo 17 impact melts that have Imbrium ages must actually be Imbrium ejecta, not Serentitatis ejecta, removing evidence that Serenitatis formed essentially the same time as Imbrium. In fact, impact melts collected at Apollo 16 and 17 can not confidently be ascribed as coming from Nectaris or Serenitatis and we have no convincing ages for either of those basins. But it seems some of the main evidence for the LHB has disappeared.


Yesterday's LPOD: The Long Road Back To the Moon