Evidence for No Presence 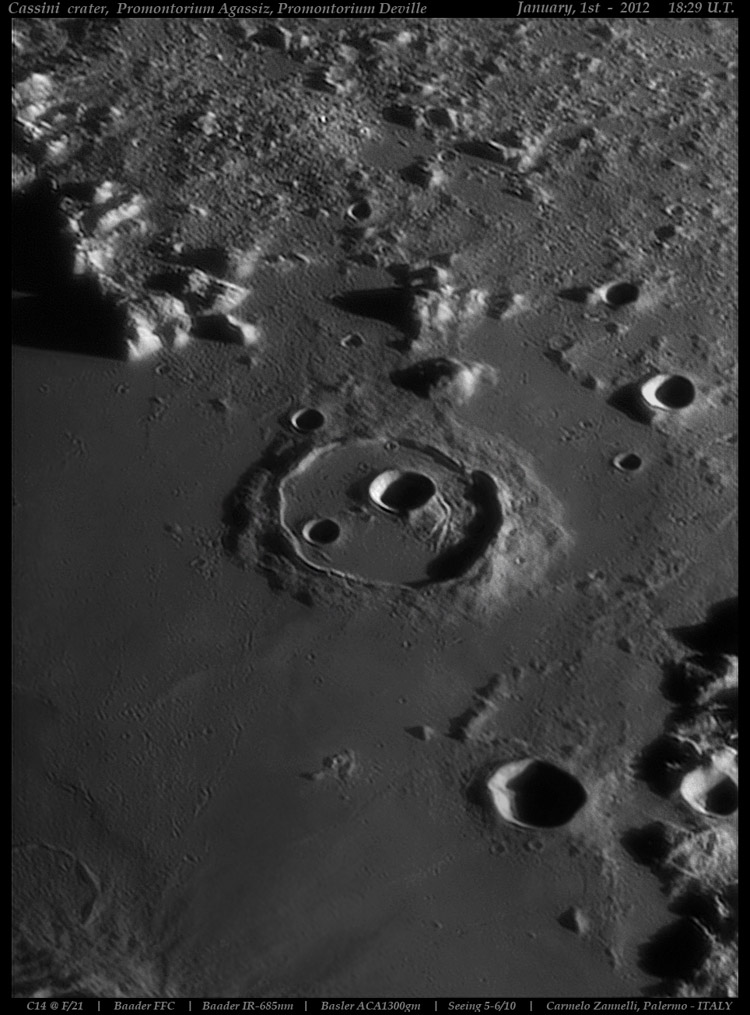 Cassini and the possible small concentric crater behind it show up well in Mel's new image but the relatively bland area south of Cassini has become an area of interest. KC Pau's recent LPOD suggested to me that Aristillus - just off this image at bottom left - may have been formed by an oblique impact. KC's view showed well-developed radial ridges and gullies (R & G) to the northwest and to the southeast but not to the intermediate directions such as visible here. Mel's large scale image with a low angle of illumination clearly reveals the lack of R & G terrain, confirming the impression from KC's image. Aristillus was formed by an oblique impact, a fact that seems not to have been noticed before amateur images demonstrated it.

Tomorrow's LPOD: Three, not in a Row