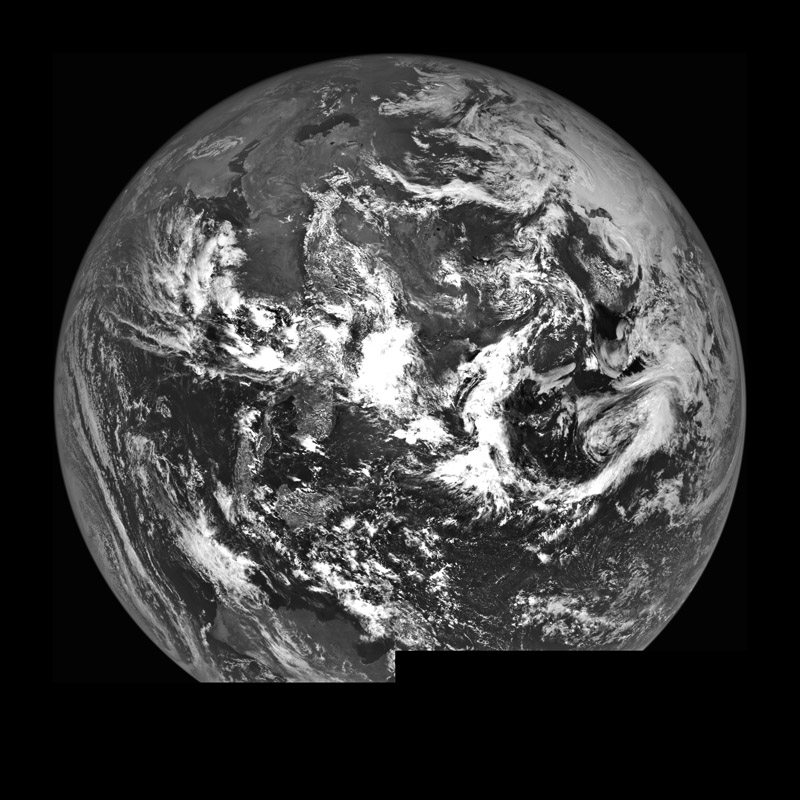 It was another frustrating day of Earth observing, with nuisance clouds blocking many of the terrains LeROy hoped to study. Using his small (195 mm) telescope with resolution of only about 4 km. LeROy enjoyed observing the desolate world with its poisonous oxygen atmosphere, hoping to catch a volcano in eruption or sight an ocean gyre. In the three generations that his people had been stranded on the Moon they had tried to figure out how to deplete the oxygen environment so they could work on the surface. Of course, there had been many arguments about that, with the astronomers refusing to see any reason to move to a place where clouds would often make the sky unobservable. But the supreme leaders convinced the people that it was necessary to conduct ISRU to mine the minerals needed to fix their spacecraft's warp drive so they could leave this hellhole part of the galaxy. In the meantime LeROy kept working on his mosaics, trying to not leave gaps and not cut clouds in half at the seams. He wished he could get a bigger camera, maybe a color one for it was a pretty world, even if vile.