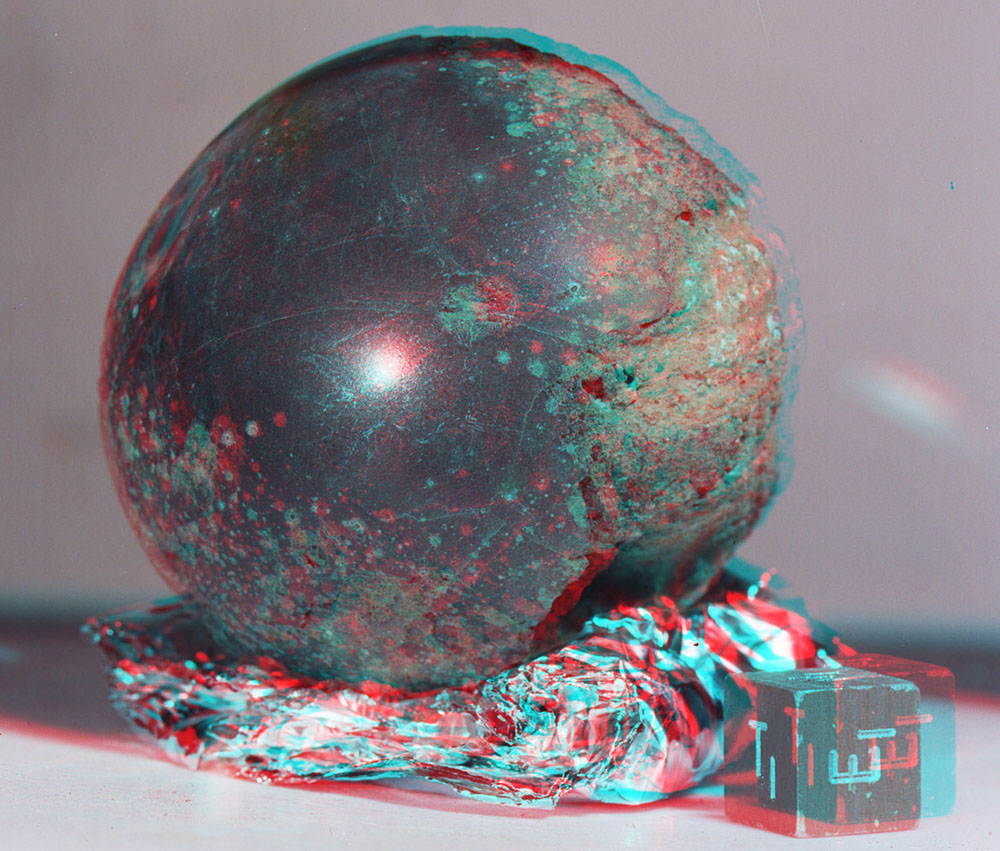 This must be one of the most unique looking lunar samples brought back by Apollo! It was found by the Apollo 16 crew at station 10 prime, and was given a sample number of 60135. Here are some photos of it sitting on the lunar surface and another here. It is described in the lunar sample compendium as follows: "60135 is a glass covered, round object with a coarse-grained, highly shocked cumulate interior. The glass coating on one side has been eroded off by micrometeorite bombardment, exposing the interior. The glass composition is that of a soil and the interior rock is a ferroan anorthosite. It was found sitting perched on the regolith, but may have been kicked up." (I assume they mean by the Apollo 16 crew). The glass coating was splashed up from a nearby impact. How the anorthosite interior got rounded like that I do not know, but it may have just crystallized that way. To get a good look at this unusual egg-shaped rock, I made a stereo anaglyph from the images (and other moon rocks) in the lunar sample catalog so you can really get a good look at it. The cube scale is a 1cm block.

P.S. I hope you didn't mind staying down on the lunar surface for one more day, Chuck should be back in Orbit tomorrow for LPOD!

Related Links
Lunar Sample Catalogue: http://curator.jsc.nasa.gov/lunar/samplecatalog/index.cfm Just type in the sample number for all the images on this rock (60135).
More 3D stereo Moon rock anaglyphs that I have created are on my webpage of 3D lunar Samples.