Everything is Self-Evident - Maybe 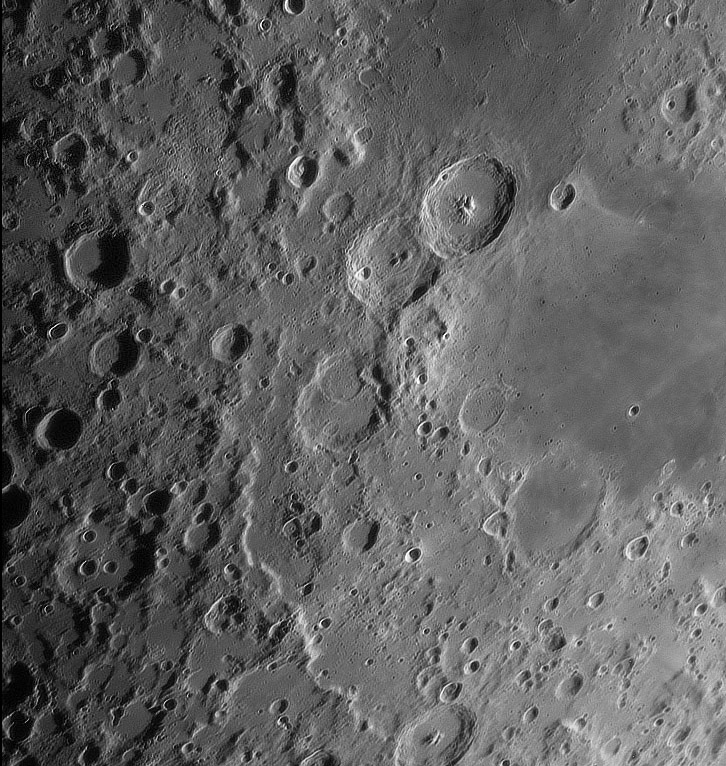 Whenever I see this scene I marvel at how close the Apollo 16 site is to the massive Nectaris Basin. Do you see Descartes? It is about three Theophilus diameters to the west of that big crater. The most remarkable thing about Descartes is the mass of hilly material stretching from the Descartes rim to the north.This is really a unique feature - I don't know of any similar deposit on the Moon. Before Apollo 16 it was thought that the hilly stuff - the Descartes Formation - and the smooth Cayley Plains around it were some sorts of volcanism. After Apollo 16 found only impact breccias and melts the pendulum of opinion swung all the way to the opposite side - it was all ejecta from the Imbrium and Nectaris basin-forming events. There must be a great thickness of Nectaris ejecta at the Apollo 16 site, but is it the surface materials or underneath them? The current view, championed by Paul Spudis in 1984, is that basin ejecta and locally mixed rocks from the impact of secondaries accounts for both for the Cayley and Descartes formations. But I still harbor a thought, maybe a hope of the wilfully ignorant, that the strange morphology of the Descartes Formation and the floor-fractured look of the crater Descartes leave room for highland volcanism to have been involved, even if unsampled.