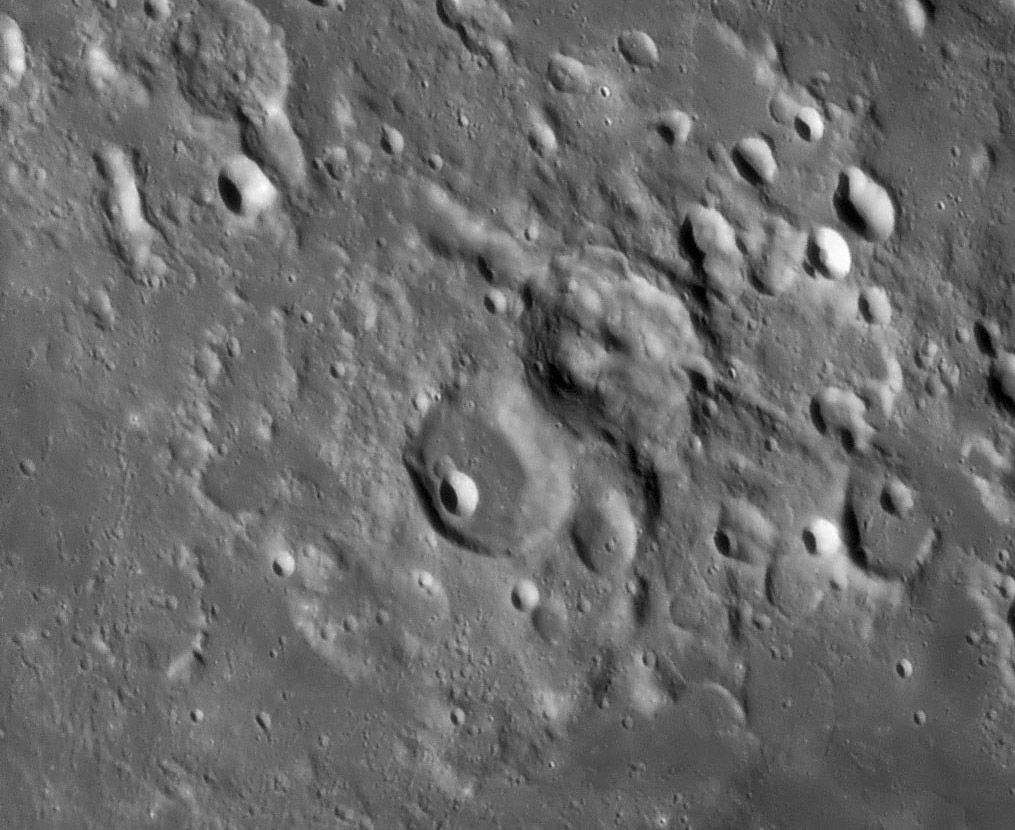 Capella and the valley that crosses it appear to be among those rare lunar objects that have been little studied, and thus are a joy. Like Atlas and Hercules, Capella is virtually always seen with its near neighbor Isidorus. Both are older, smooth-walled craters, with Isidorus floored by some smooth material and punctured by a bright simple crater. Capella is more interesting because is appears to have a broad, almost domical and floor-filling central peak, similar to that of Alpetragius. The most captivating feature of Capella, however, is the valley that transects it. This Capella Valley - at least 115 km long (and not 49 km) - is actually a crater chain, perhaps a smaller version of the Rheita Valley. The Capella Valley is presumaably also an impact basin secondary crater chain, but what is its source? The secondary craters decrease in size from northwest of Capella to its southeast side, so the source is along the trace of the valley to the northwest. They didn't come from Nectaris - to the south - but the line of the chain is roughly radial to the Imbrium Basin. "Roughly" because its hard to track accurately a trace around more than a thousand kilometers of the Moon; it is about tangent to Serenitatis and seems to graze the eastern half of Imbrium. This direction is similar to the nearby Gutenberg Rilles suggesting they may have a related formation.