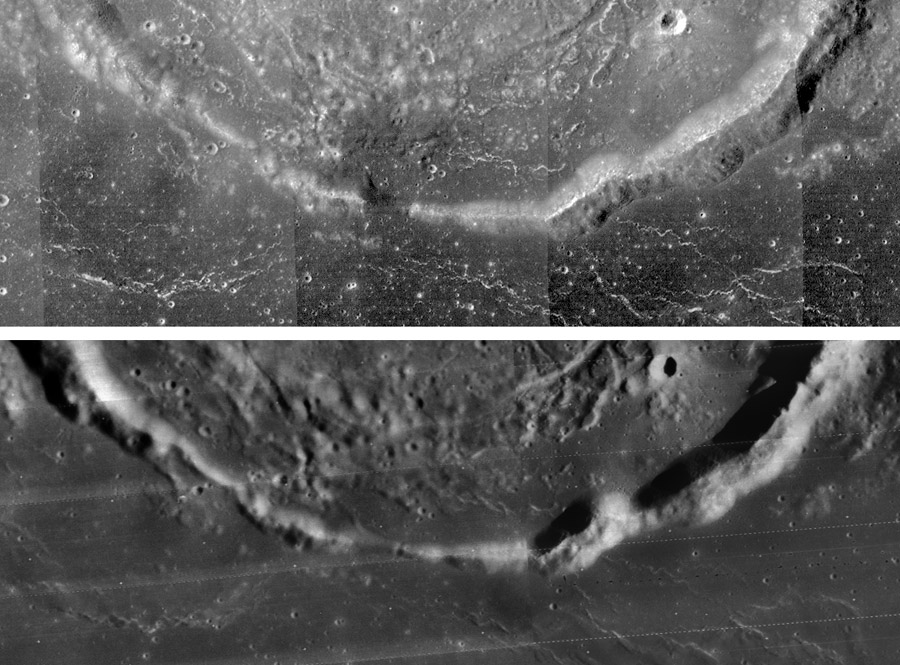 The southern rim of Gassendi is low and on some images seems to disappear. If that is true it would explain how the dark mare lava got inside the crater rim - it just flowed in from Mare Humorum. But other images seem to pretty clearly show that the rim is there, so that the lava must have come up inside the rim along fractures associated with the formation of Gassendi. The LRO Wide Angle Camera provides the latest piece of evidence(above) in this controversy. The lowest part of the rim is much darker than the adjacent bright rim segments so that in high Sun views such as this the rim does disappear. On the lower Sun view of the antique Lunar Orbiter view (below) the dark ridge is really there. But it is very similar in tone to the lava on both sides of the rim. Is it possible that Humorum lavas slurped over the low part of the rim and flowed into Gassendi? I doubt it. But on the WAC image look just north of the low spot notice a ridge that is darker than its neighbors. Is this area covered by dark lava or perhaps pyroclastics?