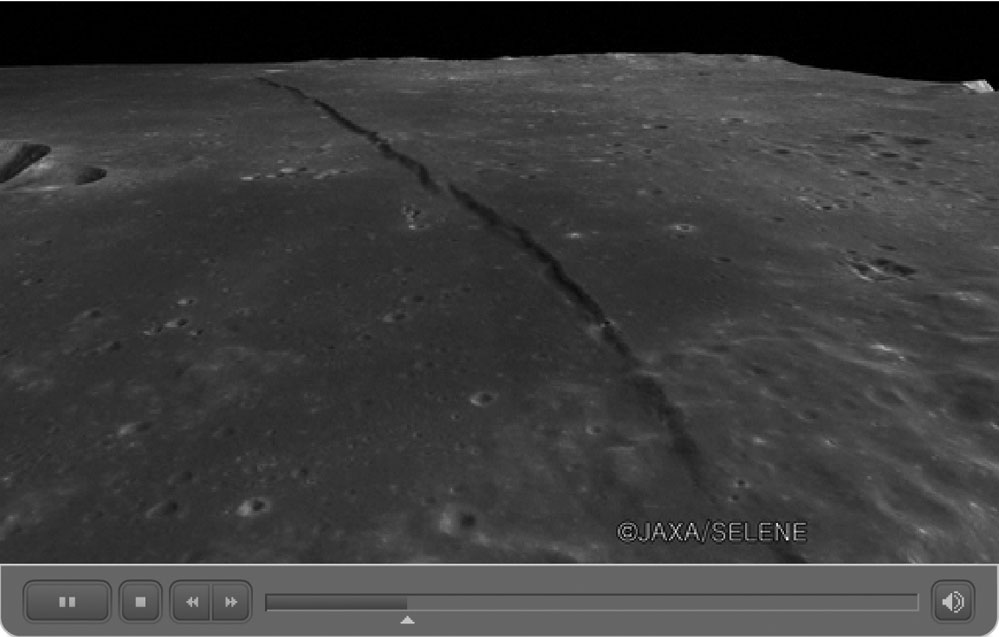 Don't click the image above, but do click the one on the Kaguya Image Gallery to launch a remarkable digital flyover of the Straight Wall area. As they did for the Alpine Valley, Japanese scientists used stereo images from the high resolution Terrain Camera on Kaguya to create a digital terrain map, drape it with the image, and use a computer to make a marvelous journey that you never could actually take in space - at least not with the next few generations of like lunar spacecraft. In addition to being an exhilarating flyover, a number of new understandings become clear. For example, at the bottom right of the screen capture above is proof of something I never even considered before - the Straight Wall fault also cuts the adjacent highlands. Another intriguing observation - in the middle of the fault there appears to be a paralleling dimple on the lower side suggesting a rille-like depression. And the fly over views of Birt and Birt A show exactly the relationship between those mysterious craters, and the lower rim sharpness on "A" shows that it is older than Birt. You will want to to make this fly around a number of times and save it to show the next time you give a talk about the Moon. Wow!