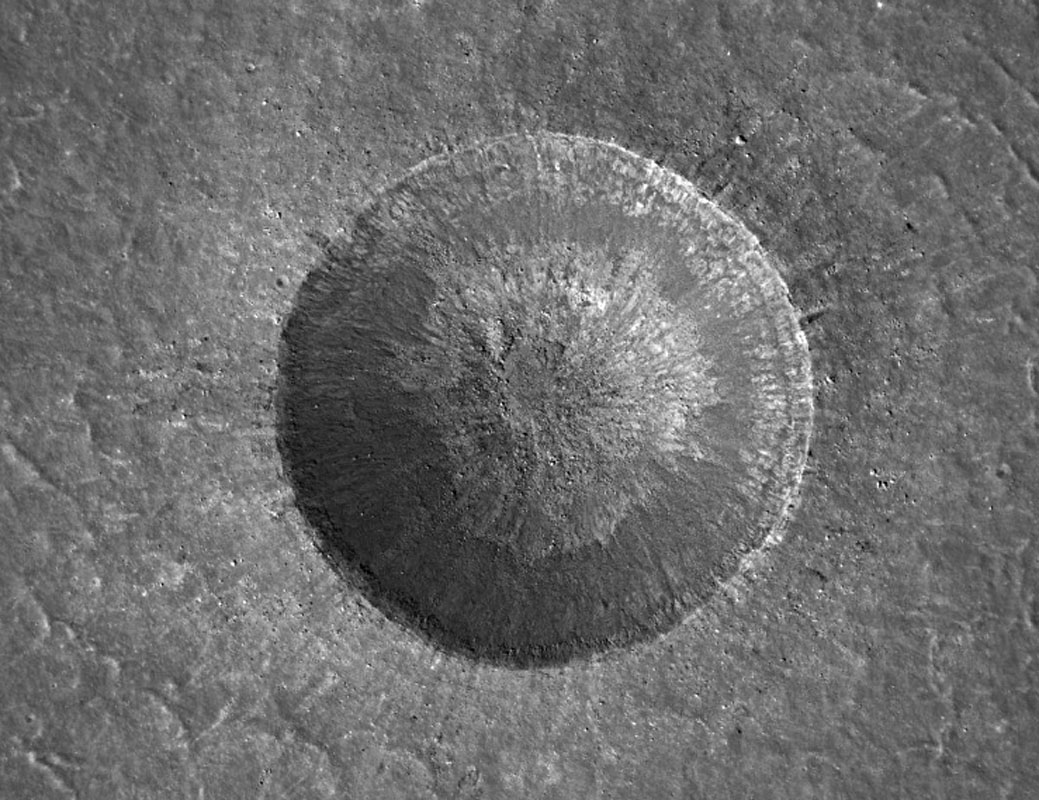 When I first saw this I thought it was Meteor Crater in Arizona. But then I noticed that the crater floor was rough, the surrounding terrain had no vegetation, and there was no museum on the rim - at least not yet. Linné! This famous little crater is very fresh looking and the lack of significant numbers of superimposed impact craters suggests that it is young by lunar standards. But it may be millions of years old, whereas the similar but more eroded Meteor Crater is only 50,000 year old. Erosion processes are vastly faster and more varied on Earth than on the Moon. On the Moon, there are few processes to erode rocks other than impact; Meteor Crater would have looked as rough as this when it formed. Now Meteor Crater has a smooth floor and walls because of the fine scale of wind-blown dust and sandstone eroded off the walls. Earth is a softer world.