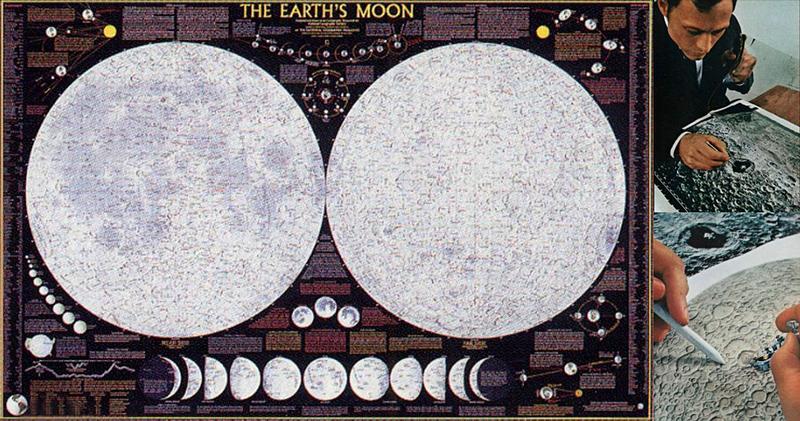 Those who grew up watching the Mary Tyler Moore Show sit-com of the 70's may know this map very well - it is the Moon map that hung on the wall in Lou Grants office. I used to notice it in the background as I had one on my bedroom wall. This is the National Geographic Moon map released with the February 1969 Moon issue of the magazine, timed to be out for readers following the lunar missions on television and in the newpapers. It is one of the most picturesque lunar maps that I am aware of, and the other day I stumbled upon a very interesting website, Kelso's corner, giving the history of how they created the map and how it evolved through the 1960's. It was originally inspired by Lunar Aeronautical Charts, in fact after the Moon landings were over, some of the people came to Nat Geo to work on other planetary maps such as the Mars map. Have a read, it is an interesting story of how cartography was done to produce one of the most widely distributed Lunar maps of all time.


Yesterday's LPOD: Smiling On the Moon