Smiling On the Moon 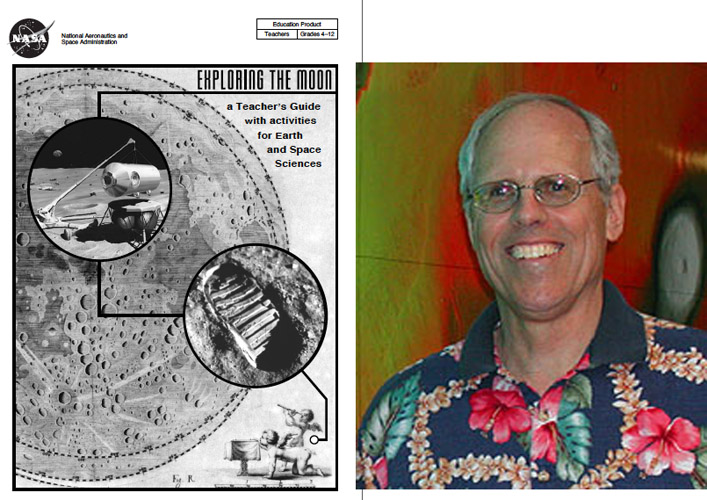 Bookcover from NASA and photo from University of Hawaii

There is often little overlap between professional and amateur observers of the Moon. But Jeff Taylor, who just won the Shoemaker Distinguished Lunar Scientist Award from the NASA Lunar Science Institute, has a passion to make lunar and planetary science understandable and interesting to non-professionals. He has done this in a number of ways, including authoring an interactive CD, writing the Exploring the Moon educators guide to real lunar science, and founding the Planetary Science Research Discoveries website. Jeff is also an accomplished planetary geologist who uses the geochemistry of lunar, martian and meteorite samples to deduce the processes that formed and transformed those objects. The photo on the right captures two fundamental aspects of his character - Jeff always weres a Hawaaian shirt, and he always smiles. And if you could hear him he would probably be making a humorous but insightful comment. I am glad the NASA LSI has started awarding a lunar prize - Jeff joins Don Wilhelms as the first winners of this great new award.

Technical Details
Here is a PSRD I recommend: Time to Solidfy a Magma Ocean