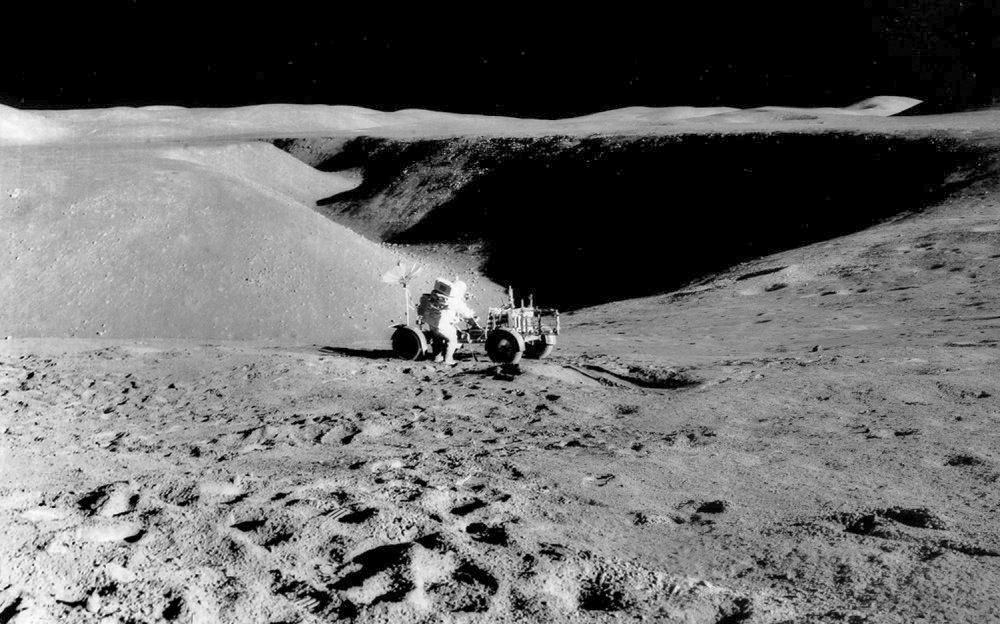 Apollo 15 mosaic found in my files without knowing who put it together!

Forty years ago today Dave Scott and Jim Irwin drove up to one of the most spectacular views on the Moon. Three point some odd billion years earlier their rover would have been in a dangerous position, for lava would be rapidly flowing through the nearby channel that became the Hadley Rille. Overflows of the lava would have inundated the rover and in fact probably spread lava for tens of kilometers. And then eons of small scale pulverizing of the surface by impact cratering, producing craters like those at middle right and smaller sizes, eroded away the fronts of lava flows. So 40 years ago it was safe to drive across the long-cooled lavas whose layering is hinted at along the inner slopes of the rille.