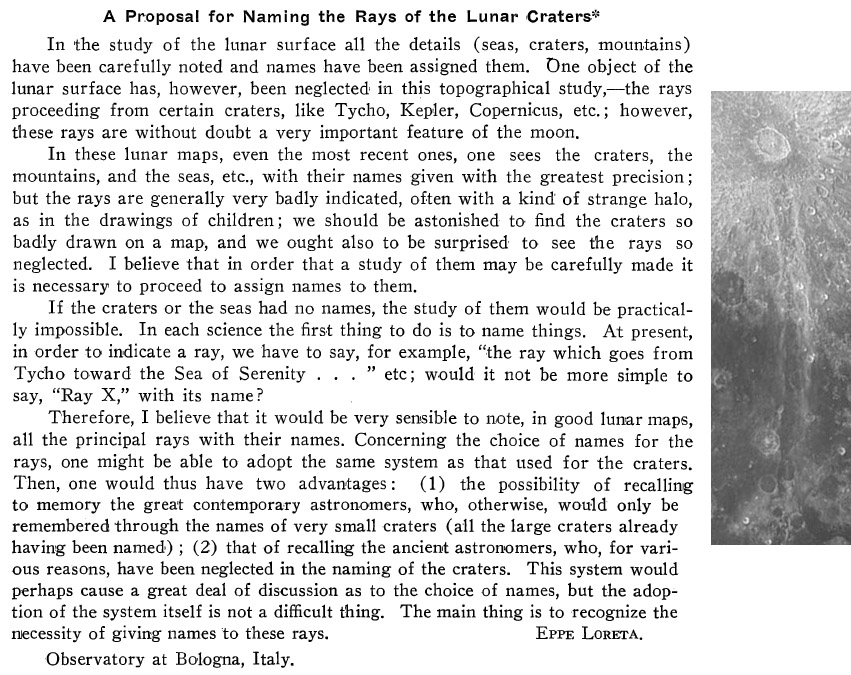 Craters are named for people and many have letters too: Copernicus A. Rilles are also named for nearby craters with Roman numerals: Birt II. Domes informally follow a similar scheme: Hortensius 3, while mare ridge are mostly named for geoscientists: Rubey Ridge. If this 1935 proposal to name rays were to be acted upon (and the IAU is NOT considering it, I am just dredging through obscure history) what might be a naming convention? Could these two rays sliced from an image by Daniel be Tycho Ray 1 and 2? Or maybe use their azimuths measured from north, say Tycho 15° and Tycho 18°? Or perhaps, being inspired by Mars where craters with diameters smaller than 60 km are named for small cities (for example, Albany), perhaps lunar rays could be named for terrestrial rivers; could these Tycho rays be Tigris and Euphrates? Of course, it is often difficult to define the extent of rays, and arguments could be made that they shouldn't be named at all. What do you think?