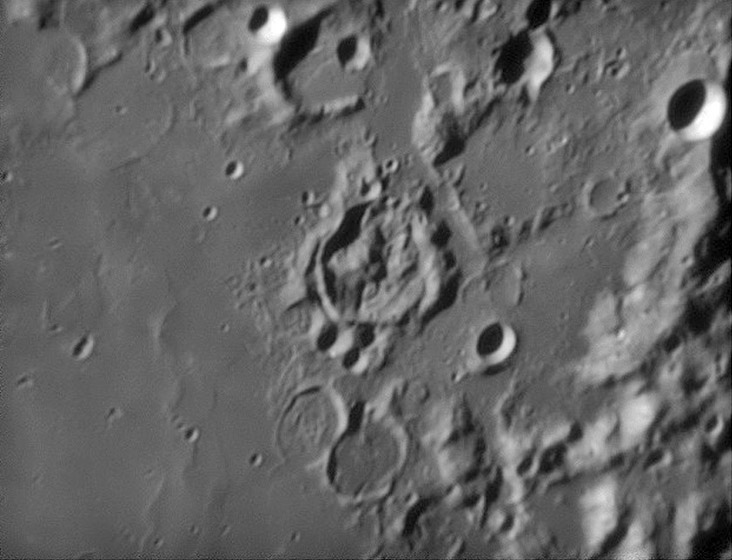 Chuck Wood
This is a classic LPOD from mosaics, which show that the leftmost mountain on the floor of Gaudibert is crossed by a short segment of a 2 km wide, parallel-sided linear rille. That seems consistent with the idea of uplift for as the mountain was raised it may have expanded laterally, allowing downdropping of a piece of its summit.

Tomorrow's LPOD: The Basin Near Schiller