An Exercise for the Student 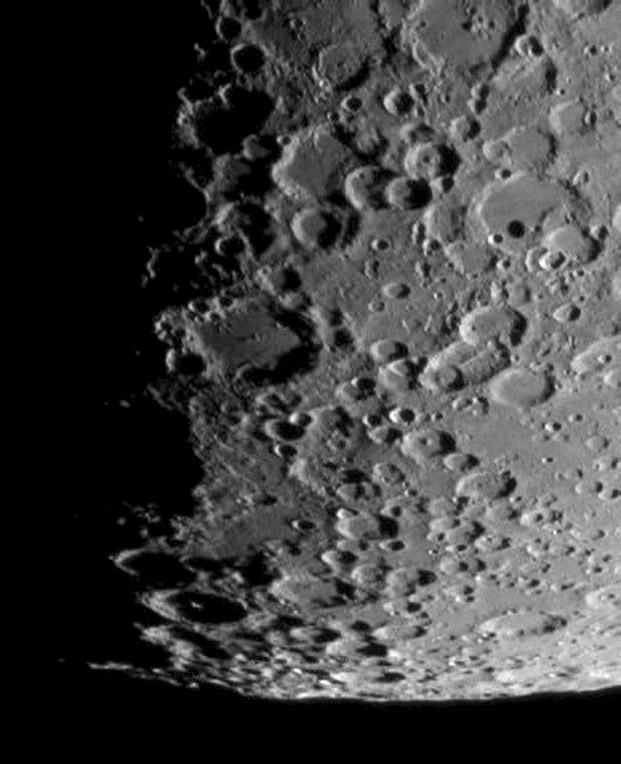 Another image of the southern highlands. Rather blah, isn't it? But wait, is there something here that doesn't belong? Here is Steve' story:

A couple years ago I was imaging the southern part of the Moon along the terminator when I picked up an object moving across the screen. The AVI recorded about 13 frames of the object. It's definitely circular. This LPOD image is one of the frames as the dark dot crossed Stofler. I also downloaded the video of the AVI and my son compressed it and put it on his YouTube site, where it has been fairly popular, getting about 25,000 hits so far. My best guess is that it's a weather balloon passing in front of the moon. I guess it could be a satellite, but it I think it would have to be a big one.

As school books used to say, it is left as an exercise for the student to determine which interpretation is most likely by calculating how big the round dark dot is if it is a (1) lunar orbiter, (2) Earth satellite in low Earth orbit (say 300 km), or (c) weather ballon. Note that the balloon possibility has a range of possible answers because a balloon expands as it rises (from about 1 m to 20 m diameter) and it may have been anywhere from only a few hundred meters to ten or more kilometers when imaged. Put your answers, and hence identification, in the comments.