Green is Mantle, not Cheese 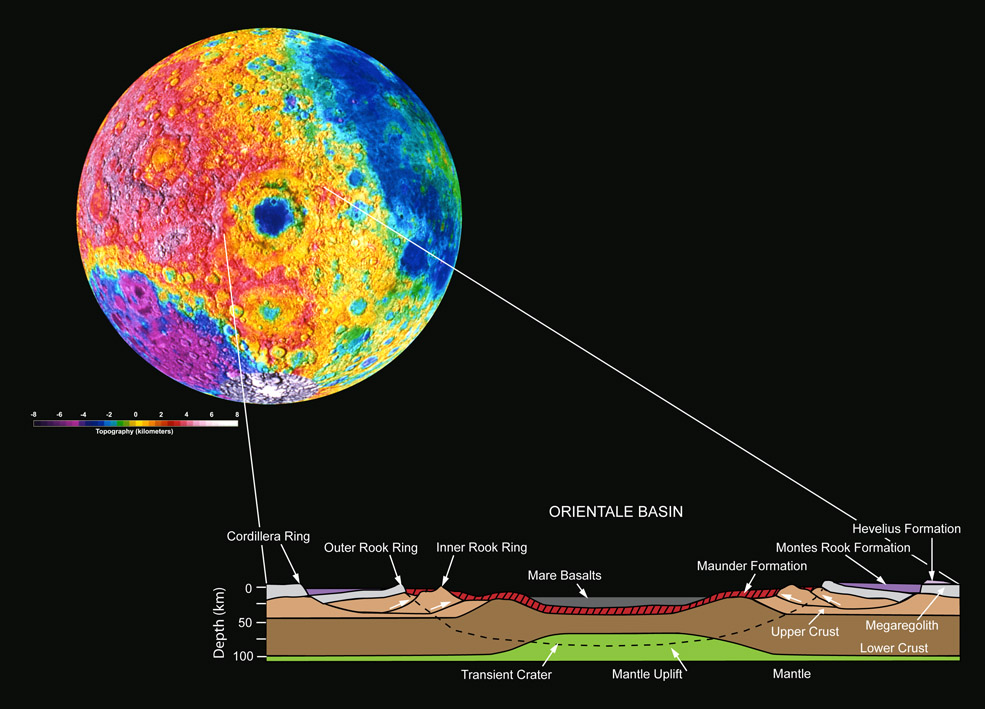 Some LPOD readers give talks about the Moon to astronomy clubs, school kids and anyone else who will listen. Probably most of the images they show are telescopic ones that they took or maybe that appeared in LPOD. Now your slides can be augmented with professionally made diagrams from the Center for Lunar Science and Exploration at the Lunar and Planetary Institute. As an example, this image, based on the work of lunar scientst Jim Head, shows a cross-sectional view of the Orientale Basin. In many ways this looks like the cross-section of a lunar complex crater with massive wall slumps, but the big difference is the green stuff. That is the lunar mantle that has risen under the basin into the original or transient cavity created by the ejection of excavated crustal rocks. The mantle is made of denser rocks so that their rise closer to the surface causes a mascon - a positive mass anomaly that is detected by the gravity pull on orbiting spacecraft. In addition to the Classroom Illustrations set that this diagram comes from there are other slide sets and illustrations to use, as well as LPI's exhaustive collection of lunar maps and photos from spacecraft missions.

Tomorrow's LPOD: Out On a Limb