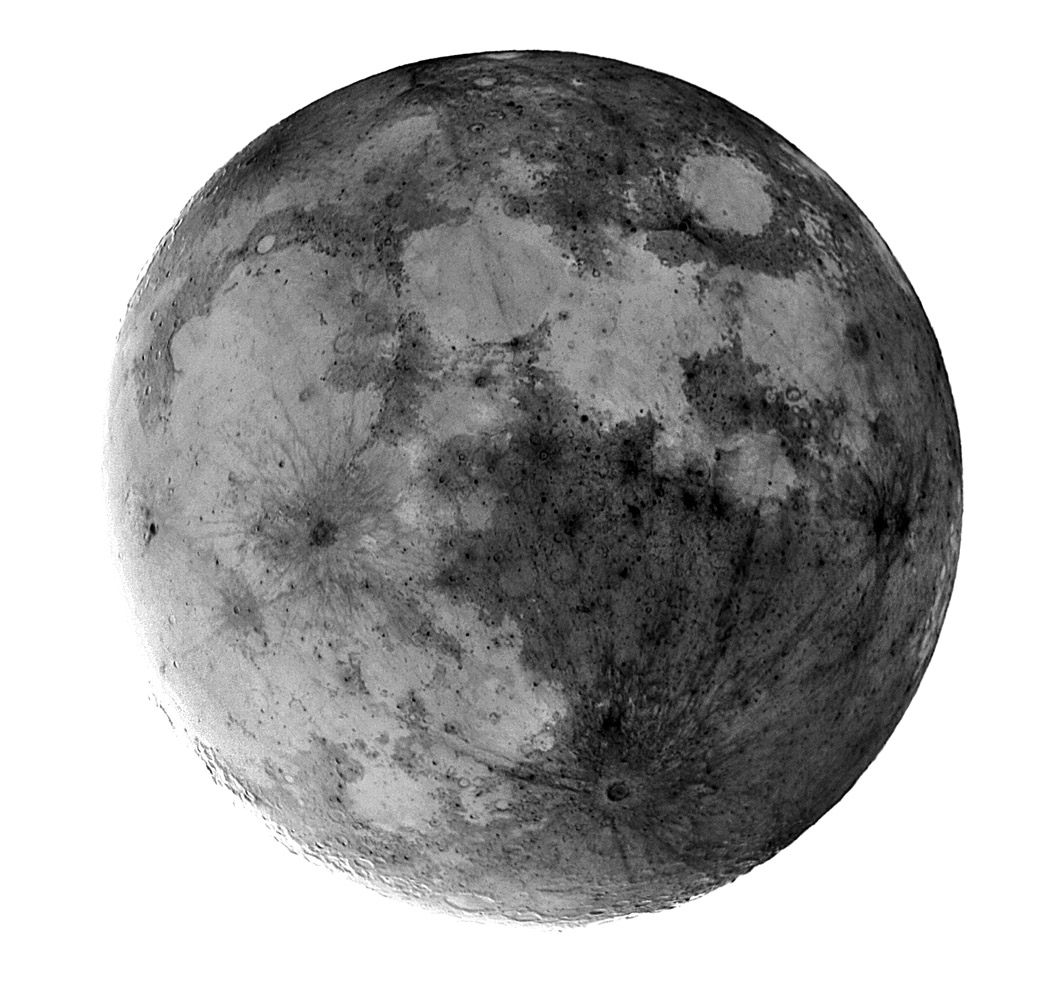 I don't know how many countries can claim citizens whose images have been published in LPOD, but another one is added today. Ziad's reversed view of the full Moon enhances the visibility of rays and bright craters. As shown here most of the nearside's large rayed craters are near the equator - Langrenus, the swath of 6 just south of Mare Tranquillitatis, Copernicus and Kepler. Tycho is a dramatic exception, and others are clustered around the north polar area. A negative view like this also draws attention to rays with uncertain source craters. The Bessel ray that slices through Mare Serenitatis is a famous example. It may come from Tycho, but no other Tycho ray is so far from the source. It could come from Menelaus on the shore of Serenitatis, but why would that ray be so long? Fainter rays crossing Imbrium also could be long ones from Tycho, but they aren't radial to that crater and are generally parallel to each other rather than being divergent. This view also shows the very uneven distribution of Tycho's rays. It is well known that few of Tycho's rays extend to the west, but here we see also that few rays go toward the southeast, with two exceptions toward the pole. Ziad's image - like many lunar photos - raises good questions that encourage further study.