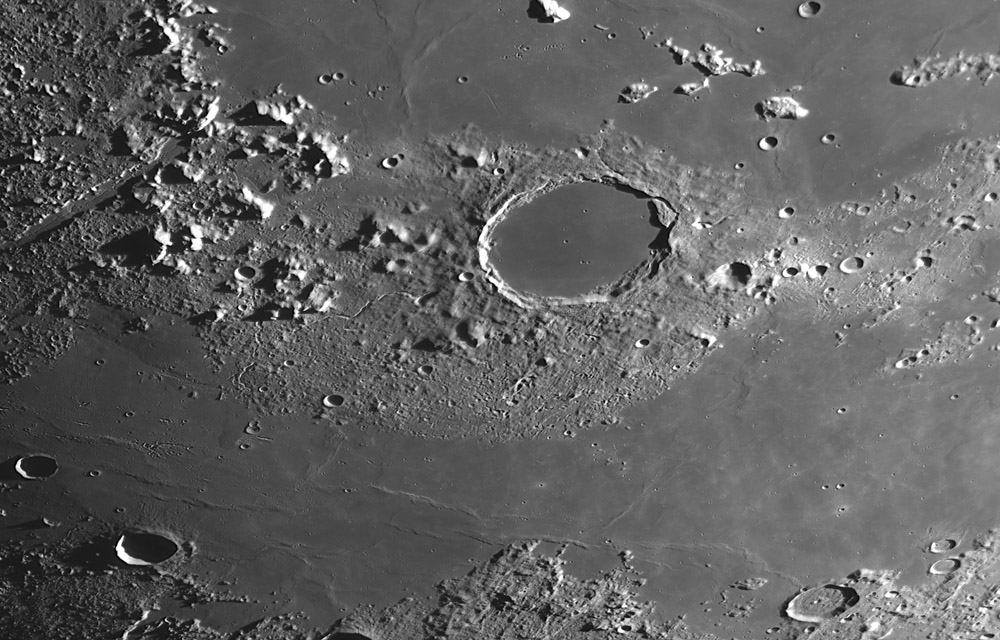 This classic Mt Wilson image inspired Ralph Baldwin to begin his study of the Moon 75 years ago. Except this isn't that venerable image with the 100", but one taken by Christian last month with his 14". The image above is a close match for the 100" one, even though this is only 50% of the image scale and resolution of Christian's original. All of the features of a great image of this area are here, including the Alpine Valley central rille, multiple craterlets on the floor of Plato, and the little slit rille on the mare above (south of) Plato. But this image has more - the hard to capture mare rille between Plato and the Valley, and even the absolutely illusive rille that starts in the debris to the right of Plato and runs out into Mare Imbrium toward the Teneriffe Mountains - see the original at full resolution.